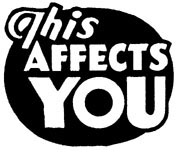 The Intolerant Ideology of Tolerance

The NEW OXFORD REVIEW is over 20 years old now, and we’ve always operated on the premise that America is an unfriendly secularist environment for serious Christians. But America is a free country, and so we’ve been happy to be able to engage our adversaries in reasoned, lively, and pointed argument, and we intend to continue exercising our freedom of speech.

But a funny thing is happening nowadays. Freedom is being transmuted into “tolerance,” and, precisely in the name of tolerance, certain things may not be said, because they might “offend” someone.

Freedom begat tolerance (not a cardinal virtue, but no vice either) and now tolerance is beginning to gobble up freedom. Tolerance, a minor virtue of recent vintage, has been puffed up into an ideology and is becoming a major pain in the neck.

Of course, even if one is free to say something, one doesn’t have to say it. The NOR has never had the urge to use the word “queers” in reference to homosexuals. That’s gutter talk, and we avoid such talk whenever possible. But there’s so much gutter talk nowadays on radio and television and in other forms of communication and entertainment — in reference to sex, excrement, and God — that we find ourselves wondering why the gutter word “queer” has simultaneously become off limits (except, of course, to militant homosexuals, who are allowed to use it).

Big Sister Is Listening to You