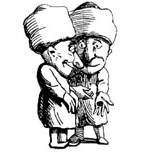 By Timothy D. Lusch | April 2017
Timothy D. Lusch is an attorney and writer. His work has appeared in Saint Austin Review, New English Review, and Chronicles, and at CatholicExchange.com and Crisis.com. He blogs at www.pityitspithy.com.

Ed. Note: This is the first in a three-part series on the Catholic Church and Islam.

“All the pure blood that has been shed in Iraq for decades…. Against whom are they waging jihad? They are waging jihad against the Christian American presence in Iraq…. In general, I consider them to be mujahedeen for the sake of Allah, who are driving out the infidels who invaded their lands.” — Sheik Muhammad Al-Suhaybani, imam of the Prophet’s Mosque in Medina, Saudi Arabia, Aug. 30, 2014

For some time now, Catholics have been told that terrorist violence has nothing to do with Islam and that Islam is a religion of peace. To insist otherwise, even with irrefutable evidence from sacred Islamic texts and proclamations of Muslim clerics, is to risk being maligned as bigoted, Islamophobic, or prejudiced. Our collective witness of Muslim-perpetrated beheadings, bombings, mass shootings, vehicular assault of crowds of bystanders, gang rapes, infibulation of young girls, tossing of gays off buildings, burning alive of captives, and slaying of Catholic priests at Mass is explained away as an enigmatic nexus of mental illness and the ever-popular yet undefinable “violent extremism.” One expects to hear this sort of thing from a religiously ignorant news media. But, as practicing Catholics, to hear it from our Church hierarchy is disconcerting. One expects more from a highly educated clerical class. Perhaps one expects too much.

How can so many Islamic texts and clerics be wrong? How can so many Catholic bishops with little or no education in Islam be right? We are directed by our bishops and our Pope to disregard Sheik Muhammad Al-Suhaybani’s praise of the mujahedeen fighting for the sake of Allah in Iraq — and this includes soldiers of the Islamic State (ISIS) — in favor of a more pleasant, euphemistic, and postmodern narrative about Islam. Tellingly, this falsehood is predominantly bandied about in the West. There is no need to elide the nature of Islam in countries where it is practiced, often violently, by the majority. Consider the ongoing war between Sunni and Shiite factions throughout the Middle East. It is only in the West, where mass Muslim migration intersects with secularized societies and pluralistic populations, that explanations are necessary.

And so we increasingly hear platitude-filled narratives from bishops that sound a lot like official statements from the Hamas-linked Council on American-Islamic Relations (CAIR). High-level interreligious dialogue between Catholics and Muslims has devolved into a monologue that is neither Catholic nor Islamic. It has become an exercise in what former Joint Chiefs of Staff intelligence analyst Stephen Coughlin calls “interfaith delusion.” It is time for the Catholic faithful to question the Church’s interreligious efforts, particularly those of the United States Conference of Catholic Bishops (USCCB), vis-à-vis Islam, with respect to its goals and choice of dialogue partners.

In February 2016, the USCCB inaugurated a national dialogue with Muslim partners. The initial event, a public discussion held at the University of San Diego’s Joan B. Kroc Institute for Peace and Justice, included Bishop Robert W. McElroy of San Diego and Sayyid M. Syeed, national director of the Islamic Society of North America’s (ISNA) Office for Interfaith and Community Alliances. An outgrowth of three regional dialogues, the national effort is overseen by the USCCB’s Secretariat for Ecumenical and Interreligious Affairs.