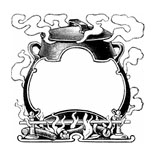 The number of holocausts that have occurred in the past 100 years is incredible and the body count is astronomical. What is especially troubling is that many Catholic laymen and clergy are uninformed about the suffering, persecutions, massacres, and martyrdom that Catholics and other Christians have endured in recent history.

When I ask fellow Catholics if they are aware that an estimated five million Christian noncombatants were murdered by the Nazis during the Holocaust, I usually receive a blank stare. Many Catholics are also unaware that saints such as Edith Stein and Maximilian Kolbe were canonized after being killed in Nazi death camps. Additionally, most Christians don’t stop to consider that tens of millions of Christian soldiers died fighting to crush Nazism.

Most Christians do not know about the 14.5 million Ukrainian Orthodox Christians butchered by Communists seven years before the Jewish Holocaust. The Ukrainian Holocaust was part of an estimated 30 to 40 million people, primarily Christians, who were slaughtered in the Soviet Union by the commissars.

The murder of millions of Armenian Christians by the Turks at the beginning of the 20th century is also absent from collective Christian memory. The decades-long slaughter of hundreds of thousands of African Christians in Darfur has just recently made the news. It is presented in media channels as an ethnic struggle. Today, we can find blurbs tucked away in Section D of the newspapers about Christians being persecuted in China, India, Iraq, and Palestine/Israel.

The notion of war, like that of community, requires as its context a doctrine of…

A Continent of Contradictions

Africa is “at once beautiful and hideous, full of the most innocent love and the most unadulterated hatred, captivating at one moment and horrifying the next.”