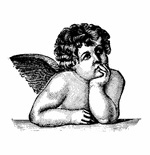 The Classical & Modern Habits of Mind

THE BEE VERSUS THE SPIDER

By Mitchell Kalpakgian | February 2007
Mitchell Kalpakgian, a Contributing Editor of the NOR, is an Adjunct Professor of English at St. Anselm College and Southern New Hampshire University in Manchester, New Hampshire. He is author of The Marvelous in Fielding's Novels (University of America Press), The Mysteries of Life in Children's Literature (Neumann Press), and An Armenian Family Reunion (Neumann Press).

In The Battle of the Books (1710), Jonathan Swift depicts a clash between the Ancients and the Moderns in the arena of a library where armies hurl tomes as missiles of destruction to annihilate their enemies. Ancients such as Aristotle, Homer, and Virgil clash with such Moderns as Bacon, Descartes, and Hobbes in this mock-epic battle in the King’s Library. During the fray, the Spider and the Bee confront each other as deadly enemies, the modern Spider boasting that his originality and creativity put to shame the Bee’s plagiarism and indebtedness. Whereas the dull Bee is a hapless parasite, the clever Spider is an inventive genius. Thus, the Spider castigates the Bee: “Your livelihood is an universal Plunderer upon Nature; a Freebooter over Fields and Gardens; and for the sake of Stealing, will rob a Nettle as readily as a Violet.” In contrast, the Spider brags, “I am a domestic Animal, furnisht with a Native Stock within my self.” His spider web “is all built with my own Hands, and the Materials extracted altogether out of my own person….”

In self-defense, the Bee counters that the Spider spins from a supply of dirt and poison and produces only “Excrement and Venom,” whereas the Bee, “by an universal Range, with long Search, much Study, true Judgment, and Distinctions of Things, brings home Honey and Wax.” In this battle of the books — or culture war of the early 18th century — Swift distinguishes between classical and modern habits of mind. Swift’s Spider represents the politically correct professor in academe and the liberal ideologues in politics who spin and weave a new morality to supplant the time-honored meanings of good and evil.

The classical mind resembles the Bee. Traveling from flower to flower over fields and gardens, the Bee collects, gathers, and distills the choice raw materials of nature to produce nectar and honey. The Bee is not a plagiarist but an artist who combines nature’s ingredients to create heavenly food. Its broad range symbolizes the classical mind’s pursuit of universal truth — the accumulated wisdom of the ages — which comes from many sources located in different places, truths which are valid for all people, in all times, and in all places. As St. Thomas Aquinas stated, “All truth, whoever said it, comes from the Holy Spirit.” Whether Homer, Plato, Aristotle, Virgil, Dante, Shakespeare, or Milton said it, the truth is the truth regardless of the culture, nationality, or the historical period of the author.

"This Is God...Have a Nice Day!"... Always Our Neighbors (Part II)... Fuzzy Language Does Not Belong in Vatican Documents... The Parable of the Wheat and the Weeds: A Magna Carta for Dissent and Heresy?... more