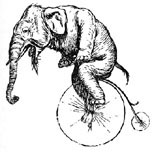 Conservatism: The God That Failed

For a secular people in a secular age, we are remarkably prone to idolatry. The cult of the saints has given way to the cult of celebrity, while the booming market in crystals and yoga mats — the accoutrements of déclassé Buddhist “mindfulness” — belies the standard trope about being “spiritual but not religious.” Deprived of real objects of dulia and latria, or else just unwilling to acknowledge them, modern men, who are supposedly past all the tangled metaphysics of the “dark ages,” have revealed themselves to be almost completely without immunity to false gods. The self, the tribe, the race, the sports team, the nation, the planet — all of these things have been, and still are being, proposed as idols to replace an allegedly outmoded faith in Jesus Christ.

Perhaps no field of human activity has been so stricken with idolatry as the political. Communism, which is not just an idol but a whole new religion, was the preferred false god for millions in the 20th century. Like all false gods, it failed when put to the test. From the shattered souls who tried to live the lie have come testimonies to the impotence of Marxism-Leninism. Long before Aleksandr Solzhenitsyn there was Whittaker Chambers. And before Chambers made his famous (and God-fearing) break with the communist menace there were others, such as American novelist and essayist Richard Wright and Hungarian author Arthur Koestler, who confessed to the world that they had fallen down in worship to an illegitimate deity. The God That Failed: A Confession (1949) is the record of six intellectuals who realized, before it was too late, that they had been in the service of a bad creed.

The spectacular fall of communism, preceded by decades in which it ruled over nearly half the world (and followed by its ongoing grip on Cuba, China, Vietnam, and North Korea), chastened many who had, or might have, flirted with the false god of the time. Yet, as communism crumbled, another god, youthful and hale, emerged, claiming to have defeated the dragon of dialectical materialism, and it assumed the role of champion of freedom against “darkness at noon.”

And so, instead of returning, at long last, to the Church and seeking to repair their broken relationship with God, modern men turned to yet another idol. Conservatism, as we know it in the U.S., is the same old apostasy as every other false religion, and just as mendacious as every other false prophet.

The Things They Auctioned

In our striving, we men have decided to separate in function things we have found functioning together in “nature,” in “the way things are.”