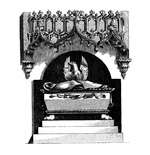 By Edward Peters | June 2009
Edward Peters, J.D., J.C.D., has doctoral degrees in canon and civil law and teaches at Sacred Heart Major Seminary in Detroit. He maintains a canon-law website, www.CanonLaw.info, and offers commentary on canonical issues at his blog, "In the Light of the Law."

Introducing his students to the problem of obsolete legislation, a law professor began his lecture by dryly noting: “In this state, the law still is that anyone operating a motor vehicle on a public road at night must be preceded by a man on foot with a lighted lantern!” Modern legal systems recognize the need to weed out laws that have fallen into desuetude, and during the extended canonical reform period that followed Vatican II, the Church eliminated more than one-third of the provisions of the 1917 Code of Canon Law from what would eventually become the 1983 Code. Most of these deletions were doubtless for the better.

Occasionally, however, an old law might have been eliminated right about the time that it would have proven useful again. While no one thinks that states should consider reviving their lantern rules for nighttime driving, it is possible that a deleted canon or two might be worth retrieving. Say, for example, Canon 1240 §1, n.3, of the 1917 Code, the norm that had denied ecclesiastical funeral rites to those “who killed themselves by deliberate counsel.”

Despite resting on centuries of experience — witness Ophelia’s “maimed rites” in Hamlet, act V, scene one — the 1917 Code‘s prohibition of ecclesiastical rites for those who died by their own hand was, by the mid-1970s, under increasing criticism. Several good arguments were presented for ending the blanket prohibition of ecclesiastical rites for suicides.

First, civil law at the time still regarded those who assisted in suicide as criminals, thus reducing the chances that “suicide assistants” would appear. Moreover, the infrequency of suicide among Catholics suggested that these rare and difficult situations might better be dealt with on a case-by-case basis rather than in universal legislation. But most persuasively, the psychological sciences had, by the late 20th century, helped us to appreciate the diminished responsibility of many people who kill themselves, making the blanket canonical prohibition of ecclesiastical rites for suicides difficult to support in practice.

The elderly and the under-pressure organ donor have reason to distrust the falsely compassionate, as advocates of legalized euthanasia threaten to undermine the foundation of medical care as we've known it.