Volume > Issue > The Liberalism of Fools 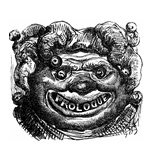 The liberal community in the U.S. has jus­tifiably decried the Reagan and Bush adminis­trations for guarding and enlarging the perks of the prosperous and powerful. After all, those administrations brought us everything from the attempt to classify ketchup as a vegetable (thus cutting down on expenses for poor kids at the school lunch counter) to the S&L debacle, from that exercise of reckless power known as Iran-Contra to the veto of family leave.

Yet, before the liberal community slaps itself on the back, it would do well to examine itself and see how much it actually differs from the mindset that has dominated our cul­ture over the past 12 years. For in essential areas liberalism is perilously dose to the basic credo of the Reagan era: “Power Without Consequences.”

This came home to me as I stood in a grocery checkout line, thumbing through one of the scholarly journals available on the racks (McCall’s). As I browsed, I ran across a quote from Susan Sarandon (star of Thelma and Lou­ise). Questioned about what she regarded as “the issue of the 90s,” Sarandon replied, with­out sensing the deep logical doo-doo she was stepping in, “Obviously, freedom of choice. But I would also say that women have to be the voice of the children…. They are just quiet­ly being killed by neglect in every area: spirit­ual, physical, and intellectual. There’s a real deadening of the soul.”

On the one hand, let’s hope Sarandon’s comment signifies our culture’s dim stirring from its narcotic obsession with reckless power and its slow awakening to the fact that neglect has consequences. On the other hand, Sarandon’s anguish over the fatal neglect of the young, incredibly coupled with her zeal for “choice” (what conservatives call “deregula­tion”) in the matter of life and death, inad­vertently highlights the profound contradiction in present-day liberalism.

This interesting sin, based on Proverbs 6:18, means embracing evil enthusiastically instead of being drawn into it reluctantly.