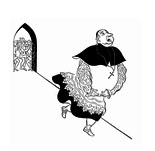 World, be warned: The Germans are on the march again.

This time they’re boldly tramping down the Synodal Path, and they’re being led by their nation’s Catholic bishops. And many in the Church are worried that their final destination will be schism.

Two years ago, the German Church launched a reform program, prompted by revelations of decades of rampant clerical sexual abuse and episcopal cover-up. At first it sounded like good and even necessary work. But over time, the focus of the reform movement, otherwise known as the “Synodal Path,” shifted, eventually homing in on a list of “binding” reforms that, if approved by the bishops’ conference, would contradict longstanding Catholic teaching on issues such as same-sex relationships, ecumenism, lay roles in the Mass, clerical celibacy, and women’s ordination. The recent release of the “Fundamental Text,” the document guiding the German Church’s deliberations, raised many an ecclesiastical eyebrow. At one point, it states that the Catholic Church appears “regressive…especially in the field of gender justice, in the evaluation of queer sexual orientations, and in dealing with failure and new beginnings.” Elsewhere, it states that “there is no one truth of the religious, moral, and political world, and no one form of thought can lay claim to ultimate authority.”

Such worldly “wisdom” masquerading as Catholic theology is why many observers are speculating that the German Church’s march down the Synodal Path could lead to its severing from the Church of Rome.

“The situation is coming to a head,” C.C. Pecknold told Joan Frawley Desmond of the National Catholic Register (Apr. 25), “and it is at a critical juncture in Pope Francis’s pontificate.” Pecknold, a professor of historical and systematic theology at The Catholic University of America in Washington, D.C., explained that “the Pope is an instrument of unity, and on his watch we are seeing displays of dissent from German bishops comparable to those we saw in Germany in the 16th century” — that is, those that launched the Protestant Reformation. “The Synodal Path has been circumscribed by the Vatican at every turn, and Germany doesn’t seem to be giving an inch to Rome.”