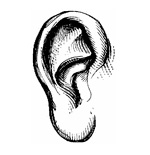 DUPED BY THE CULTURE OF PSYCHOBABBLE

By Cal Samra | November 2010
Cal Samra is a former Associated Press and newspaper reporter who served for five years as the lay executive director and newsletter editor of a psychiatric-research foundation that later became the Huxley Institute for Bio-Social Research, named after the biologist-geneticist Sir Julian Huxley and his brother, the novelist Aldous Huxley. For the past twenty-five years, Mr. Sam­ra has been the editor and publisher of The Joyful Noiseletter, an award-winning Christian humor newsletter (PO Box 895, Portage MI 49081-0895; www.JoyfulNoiseletter.com).

It’s no coincidence that financial corruption walks hand in hand with sexual immorality. Where you find one, you’ll often find the other.

A Heart of Gold

Despite his bizarre theology, at least Bishop Gumbleton practices what he preaches.