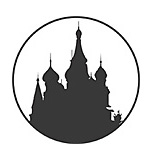 The Resurrection. By Leo Tolstoy.

Leo Tolstoy is considered by many to be the finest novelist ever to write. His novels include such monumental works as War and Peace and Anna Karenina. He was also a great and influential heretic: His avant-garde views heralded today’s liberal and relativistic Christians who reject an authoritative Church, established dogma, and the idea of sacraments, and who exalt “love” without any notion of repentance. Tolstoy embraced extreme notions of pacifism and anti-state and anti-private-property rhetoric. He deified the poor and demonized the rich — as if class, in static fashion, were vice or virtue in and of itself. One contemporary reviewer synthesized Tolstoy’s theology by coining the term “Christian anarchism” to describe it.

Tolstoy’s last fictional work, The Resurrection, published in 1899, fully worked out his religious and societal views. The forceful communication of a philosophy through fiction is a method used by many ideologues, such as Ayn Rand in The Fountainhead and Atlas Shrugged. But it goes without saying that Ayn Rand was no Leo Tolstoy. Whatever shortcomings The Resurrection has in terms of its pedantry, Tolstoy’s considerable literary gifts make this book a worthwhile read.

The Resurrection is the story of Prince Dmitri Ivano­vich Nekhlyudov’s transformation when the consequences of his sins are put directly before him. The book essentially contains two parts (though it is not so neatly divided): the man transformed and the transformed man. Stated differently, the first part of the book narrates the reason for the change wrought within Nekhlyudov; it has a searing authenticity any Catholic will recognize. The second part narrates the effects of Nekhlyudov’s transformation, which is less edifying. Tolstoy uses Nekhlyudov’s conversion to frame an awakening in terms of Tolstoy’s heretical theology.

Set in Russia in the 1880s, the novel focuses on Nekhlyudov, a pampered do-nothing living off of the toil and sweat of the impoverished peasants who work his enormous inherited estates. When we meet him, Nekh­lyudov, a former military officer and aspiring artist in his late twenties, is contemplating a marriage of social convenience while simultaneously breaking off an affair with another man’s wife.