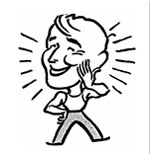 Saints for a Secular Nation

During the last presidential campaign, Barack Obama took a lot of heat for having said in a 2006 speech that, “whatever we once were, we are no longer a Christian nation.” Many observers were concerned that his utterance might be the articulation of a possible policy position. Indeed, the recent actions of his administration would seem to support this interpretation (see, for example, Kenneth D. Whitehead’s Nov. 2011 NOR article “Does the Catholic Church Still Count?”). A more benign reading suggests that Obama was simply making an accurate observation.

Whatever it once was, America is now, at best, a secular nation with a thin Christian veneer. At some point (and some would point to the 1960s), secular pragmatism replaced Christian morality as the undercurrent that directs the flow of acceptable public and corporate discourse; it now defines the framework of public education, and it is being enshrined to an ever greater extent in American law and custom.

Secularism could be said to be our national religion. For example, our nation has its own canonized “saints,” people who are revered in an almost religious manner for having played a decisive role in advancing America’s self-concept. Several of these “heroic” individuals have their own official holy days: Abraham Lincoln, Martin Luther King Jr., George Washington, Cesar Chavez, and Christopher Columbus. Others who have yet to attain that distinction, yet who are nevertheless venerated in public schools and in our national memory, include Rosa Parks, Benjamin Franklin, Susan B. Anthony, Jackie Robinson, and Helen Keller. (Recognized foreigners include Mahatma Gandhi, Anne Frank, and Nelson Mandela.) Moreover, every denominational strain of our secular religion has its own pet causes for canonization: environmentalists have John Muir, homosexuals have Harvey Milk, Republicans have Ronald Reagan, Democrats have John F. Kennedy. Surely you, dear reader, could come up with examples of your own.

Recently, a new name passed into the pantheon of potential American beati. When Steve Jobs, the founder of Apple, died of cancer this past October, our nation went into a collective period of mourning; the ensuing outpouring of accolades and encomia was seemingly unprecedented. Developer of the Macintosh home computer, the iPod music player, the iPhone and iPad, and other hi-tech products, Jobs was hailed upon his demise as a visionary, a revolutionary, an auteur, a Renaissance man, a genius. President Obama called him “the greatest of American innovators.” (Really? Greater than Eli Whitney, Henry Ford, Thomas Edison, Isaac Singer, the Wright brothers, George Eastman, and Alexander Graham Bell? Talk about the triumph of the immediate!) Jobs was eulogized in The Wall Street Journal (Oct. 6) in messianic terms as “a world-wide force whose products touch nearly everyone, everywhere.” It’s no wonder there has been talk of the “cult of the Mac,” or that the iPhone is known in some circles as the “Jesus Phone.”