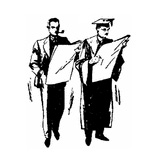 By Anne Hendershott | January 2009
Anne Hendershott spent more than 15 years as a tenured Professor of Sociology at the University of San Diego. She is currently Professor of Urban Studies at King's College, New York City, and is the author of Status Envy: The Politics of Catholic Higher Education (Transaction, 2008).

For those who have spent the past two decades working toward the implementation of Ex Corde Ecclesiae, Pope John Paul II’s 1990 apostolic constitution designed to revitalize Catholic higher education, the recent release of a study by the Cardinal New­man Society must be discouraging. An organization dedicated to renewing and strengthening Catholic identity at America’s Catholic colleges and universities, the Cardinal Newman Society commissioned a study in 2008 which revealed that a majority of the 506 student respondents from 128 Catholic colleges and universities reject traditional Catholic teachings on key issues of faith and morality. Drawing from a representative sample of current and recent Catholic college students, findings reveal that, despite Catholic teachings to the contrary, 60 percent of the respondents agree that abortion should be legal, and 57 percent support the legalization of same-sex marriage. Sixty-one percent of respondents believe that women should be allowed to be ordained as Catholic priests — even though the Vatican has repeatedly affirmed that the all-male priesthood is an unchangeable tradition instituted by Christ Himself.

It is likely that the release of these findings will re-open the same kinds of campus conversations over the role of the Church and her leaders in Catholic higher education that emerged nearly two decades ago with the promulgation of Ex Corde Ecclesiae. While the papal document acknowledges that the Catholic university, as a university, possesses the institutional autonomy necessary to perform its functions effectively, and guarantees its members academic freedom, the document reminds those working on Catholic campuses that this freedom must always be viewed “within the confines of the truth and the common good,” and that there must be “fidelity to the Christian message” as it comes to us through the Church.

For Pope John Paul II — and his successor, Pope Benedict XVI — the pursuit of truth is the university’s way of serving at one and the same time both the dignity of man and the good of the Church. Literally translated as “From the Heart of the Church,” Ex Corde Ecclesiae calls for Catholic colleges to be accountable to local bishops. A key component of this accountability is the controversial requirement within the papal document that all theologians obtain a mandatum, or mandate, from the local bishop attesting that their teaching is in communion, or in keeping with, official Church teachings. Yet, almost twenty years later, these key tenets of Ex Corde remain contested terrain on most of the nation’s Catholic college campuses because the faculty and administrators view them as threats to their academic freedom.

Conformed to the World?

Even the brightest graduates of diocesan Catholic schools are idiots.