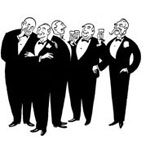 Sin scars. God’s law written on our hearts testifies that sin — even forgiven sin — has real consequences. The wounds sin leaves on a soul require satisfaction, whether by penance in this life or purgation in the next. Though the concept of Purgatory has been attacked by Protestant “reformers” and Eastern schismatics for centuries, it is an infallible dogma of Holy Mother Church. Scripture and Tradition testify to the reality of Purgatory. It is not a marginal teaching; it reflects divine truth and informs the spirituality central to an authentically Catholic life.

A reminder of Purgatory may seem an inapposite introduction to a work by legendary novelist Fyodor Dostoyevsky. But in one of the more remarkable literary and religious ironies, Dostoyevsky’s novel The Idiot is in fact a purgatorial story. Undoubtedly, The Idiot is a biting critique of the Russian aristocracy written fifty years before its destruction in the final Bolshevik conflagration. But Dostoyevsky is always a philosopher before he is a social commentator, and The Idiot is a profound testament to the power of purgatorial justice and mercy — something so ingrained in our nature that even Dostoyevsky, a lifelong anti-Catholic, uses purgation as the book’s primary theme without ever connecting it to its dogmatic equivalent.

The novel begins on a train — a metaphoric introduction suggesting that the story we are about to read is one that involves journey and change. Myshkin is a threadbare traveler returning to Russia after years of treatment in Switzerland for his “idiotic” condition — epilepsy. Dostoyevsky, himself an epileptic, often employed this condition as an important character trait in his novels, and the same is true of The Idiot.

A Twitch Upon the Thread

“Is Evelyn Waugh a Catholic novelist?” a friend of…

Kristin Lavransdatter’s story shows that following our own desires brings pain but also that God remains with us and draws us into His love and service.