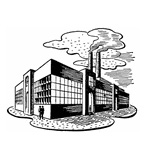 WHY DO PEOPLE REJECT THE SCIENTIFIC CONSENSUS?

By A. James McAdams | October 2019
A. James McAdams, a Contributing Editor of the NOR, is the William M. Scholl Professor of International Affairs in the Department of Political Science at the University of Notre Dame. His book Vanguard of the Revolution: The Global Idea of the Communist Party was named one of the best books of 2018 by Foreign Affairs. This article was originally delivered as a lecture at John Paul II Catholic University of Lublin in Poland on March 29.

“The Catholic University is the place where the Church does its thinking.” This simple but memorable phrase by the late Fr. Theodore Hesburgh, president of the University of Notre Dame for over 35 years, has come to epitomize the spirit of the modern Catholic university. Ever since Fr. Hesburgh introduced this idea, emphasizing the importance of academic freedom and welcoming renowned scholars of all faiths (and even without faith), Catholic universities have come to rival the best secular universities in the world. Thanks to their development, the Church’s ability to act in a world beset by innumerable crises — poverty, the displacement of populations, war, and ecological disaster — is enhanced by having the best young minds at her disposal. To quote Pope St. John Paul II, the Catholic university’s privileged task is to foster an environment in which students can “unite existentially by intellectual effort two orders of reality that too frequently tend to be placed in opposition as though they were antithetical: the search for truth, and the certainty of already knowing the fount of truth” (Ex Corde Ecclesiae, 1990).

In Fr. Hesburgh’s estimation, the Catholic university would do its students a great disservice if it failed to expose them to world-class faculty in its classrooms, whether they be physicists, theologians, biologists, mathematicians, etc. Without these educators, the graduates of Catholic universities would be unprepared to compete with their counterparts from the best secular institutions. As a result, the Church’s ability to live up to her two-fold mission to search for the truth and to be a source of the certainty of “the fount of truth” would be imperiled.

This understanding of the Catholic university’s mission seems all the more important for the modern academy today. We live at a time that scholars have dubbed the era of “post-truth.” Indeed, the editors of the Oxford English Dictionary were so impressed with the concept that they named “post-truth” the Word of the Year in 2016. In this era, we find ourselves all too frequently wrestling with statements from politicians and political pundits that border on the absurd. For example, when a newscaster pointed out to Rudy Giuliani, a White House advisor and former mayor of New York City, in August 2018 that “truth is truth,” Giuliani responded, “No, it isn’t truth. Truth isn’t truth.”

Lee McIntyre, a philosopher and ethicist, has described post-truth as “a rejection of the idea that some things are true irrespective of how we feel about them.” In a climate of post-truth, what is accepted as fact is trumped by our feelings about the world, not the world as it is. Thus, people are tempted to treat the findings of scientists selectively. They accept the truth when it supports their preferences and dismiss it as “fake news” when it does not. Paradoxically, they trust their auto mechanics to follow the scientific method to fix their cars, and their doctors to identify and treat their illnesses, but they reject this method of truth-seeking when it contradicts their feelings.