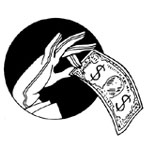 STAGNATING IN A FETID SWAMP

By Anne Barbeau Gardiner | October 2016
Anne Barbeau Gardiner, a Contributing Editor of the NOR, is Professor Emerita of English at John Jay College of the City University of New York. She has published on Dryden, Milton, and Swift, as well as on Catholics of the seventeenth century.

David Goldstein explains in his book Suicide Bent: Sangerizing Mankind (1945) that at one time he was a militant socialist who thought the chief battle to be fought in life was an economic one. But he came to realize that “life’s battle is primarily a moral battle.” Thus, he began advocating for the indissolubility of marriage and the “purity of relationship within the family,” a path that led to his conversion to Catholicism at the age of 35.

Raised in a poor Dutch Jewish family, Goldstein (1870-1958) was received into the Church in Boston in 1905. John Beaumont informs us in The Mississippi Flows into the Tiber: A Guide to Notable American Converts to the Catholic Church (2014) that Goldstein later took up an apostolate called the Catholic Truth Guild and preached a pro-labor Catholicism on street corners in working-class areas across the country. His fight against Margaret Sanger’s Planned Parenthood Federation (which changed its name from the American Birth Control League in 1942) deserves special attention.

Last year, in a series of undercover videos, David Daleiden of the Center for Medical Progress exposed Planned Parenthood executives and clinicians selling the body parts of aborted babies — a practice that is against the law. But whoever is naïve enough to think that this is the first time the abortion giant has brazenly defied the law should take a long, hard look at what Goldstein reveals in Suicide Bent about Planned Parenthood’s activities during the Second World War.

Goldstein cites from a lead article in Harper’s Magazine titled “The Factory Manager Learns the Facts of Life” (Sept. 1943) that shows just how widespread Planned Parenthood’s illegal activities were at the time. Abortions were common in the war industry. According to Harper’s, “Of 73 plants employing 273,000 people, 64 did something about pregnancy” by bringing in Planned Parenthood to “dispense its services.” Not only did Planned Parenthood’s counselors advise women working in those factories on how to avoid pregnancy by means of contraception, they also told them “what to do to get rid of an unborn child.” The women went along with it because, Harper’s explains, they liked and needed the money they were earning and did not want to be fired for getting pregnant. The plant managers, for their part, wanted to reduce absenteeism, and so they directed pregnant women to “doctors who perform abortions, on the ground that they are therapeutically necessary.” This casts Rosie the Riveter in a whole new light.

Saying “No” to Death in All Its Manifestations

Real resistance requires the humble confes­sion that we are partners in the evil that we seek to resist. This is a very hard and seemingly endless dis­cipline.