Volume > Issue > How Small Is Too Small? 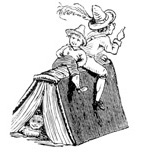 How Small Is Too Small?

By Donald DeMarco | June 2012
Donald DeMarco is a Senior Fellow of HLI America, an initiative of Human Life International. He is Professor Emeritus at St. Jerome's University in Waterloo, Ontario, and Adjunct Professor at Holy Apostles College and Seminary in Cromwell, Connecticut. His recent writings may be found at www.hliamerica.org.

Rumaisa and Hiba are the world’s smallest surviving twins. Born in 2004, Rumaisa set a Guinness world record for the all-time lowest birth weight of 9.2 ounces; her sister weighed in at a slightly heftier one pound, five ounces. Today, according to the physicians who wrote the girls’ case report in an article in Pediatrics, the official journal of the American Academy of Pediatrics (Dec. 12, 2011), both have normal motor and language development. Ru­maisa and Hiba are also the two smallest surviving babies born in the U.S.

The present splendid functioning of the twins affirms the fact that, tiny as they were, these two little girls were indubitably human beings at least from birth. They were demonstrably viable at an exceedingly low birth weight. For some people (consider Planned Parenthood), viability is the criterion that determines the humanity of an unborn child. Rumaisa and Hiba, however, have not only advanced the frontiers of viability, but have raised, once again, the criterion of size. Can an unborn child be too small to be considered human? Is there a cutoff point at which any being is simply too small to be considered a living entity? The twins demonstrate their humanity by continuing toward maturity of body and getting larger. But would humans lose their humanity if they got smaller? The world of fiction has some interesting things to say on this point.

In Dr. Seuss’s children’s book Horton Hears a Who! (1954), Horton the Elephant hears a small speck of dust talking to him. The speck of dust is actually a minuscule planet populated by microscopic creatures known as “Whos.” Horton, thanks to his large elephant ears, is able to hear the “Mayor of the Whos” quite well and agrees to protect the Whos from harm. “After all,” Hor­ton proclaims throughout the book, “a person’s a person, no matter how small.” The point here is more philosophical than biological. Size is relative, and it is prejudicial to assume that being too small is a disqualification for being a person.

In the movie Fantastic Voyage (1966), a surgical team is micro-miniaturized and injected through a hypodermic needle into a patient. The members of this Lilli­putian team endure a harrowing odyssey as they maneuver to the location of the pathology, where they apply the needed therapy. The miniaturization process does not affect either their intellectual or physical capabilities. They are simply smaller, but no less effective and no less human. These courageous and competent “micro-biologists” finally make their exit from the patient, appropriately enough, through a teardrop which, from the patient’s viewpoint, seems to be a spontaneous expression of gratitude.

Morning-after pills are effective only after ovulation and fertilization have already occurred; they are, at least some if not much of the time, a form of early abortion.

Athanasius Against the World: Still Looking for Some Company

People jealously want to control the one thing that demonstrates God's infinite artistry and creativity -- life.