Volume > Issue > Our Carnal Culture's Contempt for the Flesh 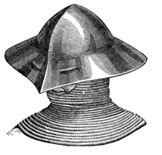 Our Carnal Culture’s Contempt for the Flesh

By David Meconi | January 1999
David Meconi, S.J., is a Jesuit Scholastic teaching in the Departments of Classics and Philosophy at Xavier University in Cincinnati, Ohio.

At the heart of the Christian message is the belief that God did not stay in the heavens as pure spirit. Rather, in an act of unsurpassed humility, divinity took on flesh in order to offer salvation to all of enfleshed humanity. “And the Word became flesh and made his dwelling among us…” (Jn. 1:14).

What is the first sound we have of God’s dwelling in this world? It is a heartbeat, a faint swish-swish, swish-swish within the mother’s womb. Caro cardo salutis — the flesh is the hinge of salvation. The phrase is from Tertullian’s great Apologia of 208 defending the Church’s teaching on the body. Against those heretics who thought God’s taking on of human flesh blasphemous, Tertullian presents the flesh as that through which heaven comes to earth. Out of His infinite love for humanity, God becomes enfleshed and in so doing makes the flesh the way of our returning to God.

What, however, has become more endangered than flesh? What today is more at risk than the child’s heartbeat inside his mother’s womb? John Paul II writes in his encyclical Evangelium Vitae, “A child is also a figure of every person, every child, especially every helpless baby whose life is threatened, because as the Council reminds us, ‘by his incarnation the Son of God has united himself in some fashion with every person.’ It is precisely in the ‘flesh’ of every person that Christ continues to reveal himself and to enter into fellowship with us so that rejection of human life, in whatever form that rejection takes, is really a rejection of Christ” (#104).

From the Apostle John to Tertullian in third-century Africa to John Paul II addressing the entire world today, the sacredness of the flesh continues to play a central role in Christian thought. Ironically but not surprisingly, it is this reality of the Christian message which is most misunderstood by the world. Today this understanding of the redemptive role of human flesh is at risk. From ubiquitous advertising that represents the body as a seductive tool upon which to hang — barely hang — clothing, to more overt misuses of the flesh seen on nightly television, to members of the Heaven’s Gate cult who regarded their bodies not as temples of the Holy Spirit but as mere shells to be shed in order to meet the divine, modern man no longer understands human flesh as the medium by which God manifests His infinite love for us.

Perhaps it is unrealistic to think of supporting scores of Catholic colleges in our secular society. Perhaps 10 to 15 is more realistic.