Volume > Issue > On the Deconstruction of Language 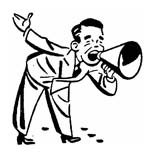 When we look at our world today, we see a massive amount of moral chaos, and we sense that something is drastically off. In some cases, we see the substitution of what we thought was evil for what we thought was good. Recent political campaigns boasted of “change” as an antidote to our immediate needs or desires. This change is being forced upon us by those in positions of rhetorical authority, in the media and political realms, in academia and technology. These rhetorical authorities are the current-day sophists, and they have manipulated language to shape their own versions of reality, and have altered the traditional meanings of words to suit their own agendas. The original Sophists, as far back as the fifth century, proposed that the truth was not to be found in transcendent sources, such as Plato’s universal forms. Rather, they believed that the truth emerged from a clash of arguments. Even more radically, they believed that “the world could always be recreated linguistically and that reality itself is a linguistic construction” (Advent and Christmas, Wisdom from St. Thomas Aquinas, Andrew Carl Wisdom O.P., ed., 2009).

We who are rooted in the Word — Jesus Christ, the Son of God — recognize the beauty and power of the truth, which is the Word itself, that the truth is unchanging and unchangeable, and that our own words can and must reflect the truth. Why then have we become so timid in expressing our moral claims with a vocabulary that used to prevail? Why have great numbers of people replaced erudition rooted in wisdom and holiness with secular solvents that admit a linguistic equivalence between good and evil? The answer lies in part in the powerful influence of the academic world, where postmodern skepticism about moral truth has assumed the mantle of authority. This influence has its origin in the thought of an illustrious professor of philosophy named Jacques Derrida.

Derrida is the author of a fashionable dialectical theory of language known as deconstructionism, which had more influence on literary, philosophical, sociological, anthropological, historical, and psychological studies than perhaps any other force in the second half of the twentieth century. A student at Harvard in the 1950s, Derrida is the subject of an astonishingly large volume of scholarly work across a vast array of academic disciplines, and although he died in 2004 he remains one of the most controversial academicians of our time.

Parents of college-bound children need to take note: Due largely to Derrida’s theory of language, colleges and universities across the country have embraced new methods of reading texts, which has led to the emergence of novel and bizarre academic areas of study, including “Gay and Lesbian Studies,” “Queer Theory,” “Feminist Studies,” “Black Studies,” “The Rhetoric of Karl Marx,” “Power Discourse,” “Excluded Discourse,” “Post-Structuralism,” and so on. Over the past thirty years, it is likely that most college students have been exposed to Derrida’s theories, either overtly or subtly through some professor’s deviationist “take” on a subject at hand.

“Homosexuality” as a Philological Problem

Neither the words “homosexual” or “homosexuality” nor their equivalents in any language known to me existed before the late 19th century.

The effects of linguistic re-ordering of priorities are far-reaching.