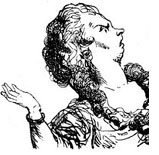 THE MUSHY WORLD OF MORAL RELATIVISM

By Terence Ball | May 1996
Terence Ball is Professor of Political Science at the University of Minnesota.

There aren’t many words I would willingly banish from the modern vocabulary. I wouldn’t, for example, get rid of the so-called four-letter words, which, though often offensive, can be wonderfully expressive on certain occasions — say, when I smash my thumb with a hammer. But there is one six-letter word that we can and should do without. That word is “values.”

That word is ubiquitous in present-day discourse. We hear talk about your values, my values, “democratic values,” the “values” of this or that community, “values clarification,” “changing values,” and many dozens of different employments of the term. Now of course, the very ubiquity of the term might mean that it is valuable — perhaps even invaluable. Or it might mean that “values” is an overvalued, inflated — and perhaps even a well-nigh worthless — coin of communication. I take the latter view.

There is nothing wrong with the word “value” — the verb and the noun — nor with its cognates “valuable,” “evaluate,” “evaluation,” etc. We would be pretty well lost without them. It is — to cite only one example among many — important to know that a particular person “knows the price of everything and the value of nothing.” And yet there is something wrong with the term “values,” at least as that plural noun has come to be used in our culture.

What is wrong, I believe, is this: “Values” functions as a catchall term to cover many different sorts of things that we would do well to keep distinct. “Values” covers and includes things ranging from the basest sort of self-interest to minimal moral scruples to the noblest ideals. As such, “values” can include anything — indeed everything — from personal preferences or tastes, unexamined prejudices, individual aims, and group goals, to religious convictions and moral principles.

'I Will Defend to the Death Your Right to Say It'

In most daily newspapers prolifers are called "anti-abortion" and pro-aborts are called "pro-choice." But these are euphemisms.

"Inclusive Language": Is It Necessary?

The title of my article asks if so-called inclusive language is necessary. A typical reply…