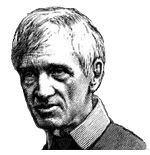 A Christian life encompasses a wide range of conduct, extending from the love of God and neighbor to the forgiveness of enemies, from the exercise of the corporal and spiritual works of mercy to the practice of the cardinal and theological virtues. Unfortunately, too many Christians tend to act only on those principles of morality and religious ideals they find personally convenient, financially advantageous, or politically expedient. In so doing, they live lukewarm Christian lives that compromise the sublime teaching of Christ that requires complete surrender and total love: “Be ye perfect as My Father in heaven is perfect” (Mt. 5:48). Instead of aspiring to Christian perfection and sanctity, the lukewarm Christian often attempts to avoid extremism by “balancing out” his virtuous habits with a studied disregard for inconvenient religious obligations.

The sermons of Bl. John Henry Newman illuminate the critical distinction between “real” and “unreal” Christianity, between the perfunctory fulfillment of moral laws for the sake of outward form and joyful obedience to a God of love to whom one owes an unrepayable debt. According to Newman, “real” Christians never lower moral standards for the sake of comfort or popularity. God’s truths brook no dilution or adulteration.

In his sermon “The Strictness of the Law of Christ,” Newman commends St. Paul for preaching the whole truth, not half of it, when he stated, “Being then made free from sin, ye became the servants of righteousness” (Rom. 6:18). The half-truth that Christians relish is the awareness that they have been liberated from their old master, Satan, and released from bondage to sin. The other half that many prefer to ignore is the announcement of a new master, Christ, who purchased our freedom at the price of His passion and death. Too many of us imagine that our emancipation from sin and death carries no obligations on our part and releases us from the offices a servant owes to his lord. But Newman insists on the fullness of truth: “We are not free to be without service or post of any kind. It is not man’s nature to be out of all service and to be self-dependent.” While we welcome freedom from slavery to Satan, we do not easily entertain the idea of new service to a great King, assuming we now possess absolute independence with no new responsibilities — an illusion Newman dispels by citing St. Paul’s teaching: Free from sin, we “became the servants of righteousness.” There is no third option of independence from both Satan and God: “We may choose our master, but God or mammon we must serve,” Newman explains. “We cannot possibly be in a neutral or intermediate state. Such a state does not exist.” Human nature, however, finds comfort in an imagined state of limbo that demands no loyalty or commitment to any master except the individual ego.

This shift from slavery to sin to individual autonomy brings with it all kinds of allowances and exceptions. Whether it is the practice of artificial contraception, divorce and “remarriage,” failure to attend Mass, or dissent from the teachings of the Magisterium, the Christian excuses himself because “he does not understand that he is under a law, which he may not put himself above, which he may not dispense with.” Ultimately, belief in one’s independence from both service to God and enslavement to sin reverts to bondage to Satan: Pride subjugates man to the fallen archangel who boasted, “I will not serve.”

Two Theologians on the Development of Doctrine

For Newman, the truth exists in perpetuity; doctrine springs forth in reaction to the culture, that the culture might better understand the truths of Christianity.

The October 5, 1992, issue of The Times carried a troubling, but not atypical, news…