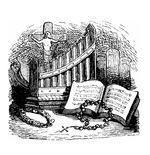 'ONLY ONE CHOICE: TO FIGHT'

By Anne Barbeau Gardiner | June 2009
Anne Barbeau Gardiner, a Contributing Editor of the NOR, is Professor Emerita of English at John Jay College of the City University of New York. She has published on Dryden, Milton, and Swift, as well as on Catholics of the 17th century.

Father Stanley L. Jaki died in Madrid on April 7, 2009, with an inoperable hole in his heart. I found it fitting that one whom I’ve regarded as a living saint should die like his Master, with a pierced heart during Holy Week. Fr. Jaki was 84 years old, yet had just given six talks in Rome. Right before he left for Europe he told me on the phone that he had nearly finished writing a commentary on the Litany of the Precious Blood and was going to do a last bit of research for it in Rome. I replied that I was eager to read that work, having had my devotion to the spouse of Mary rekindled by his commentary on the Litany of St. Joseph.

In his autobiography, A Mind’s Matter, Fr. Jaki declares that in the culture war of our times, “One has only one choice: to fight.” Surely if anyone ever fought the good fight without intermission it was Fr. Jaki. The role so suited him that he was the equivalent of a spiritual General Patton leading the struggle to save the remnants of Christian culture. As a historian of science and a philosopher he fought against the encroachments of scientism, or science turned into an idol and demanding to be adored. As a theologian he fought to defend the supernatural, now represented mainly by the Catholic Church and under assault both from without and within, using science used as a weapon. In one of his last books, Archipelago Church, he compared the exponents of naturalism in today’s Catholic Church to the Arians of the fourth century.

Born in 1924 in Györ, Hungary, Fr. Jaki felt called to the priesthood from around age seven. As he grew, he said he longed “to understand, propagate, and defend my Roman Catholic religion, which, on the intellectual level, is a set of propositions with enormously wide ramifications. Indeed there is no theology so wide in its scope and reach as Catholic theology.” After studying with the Benedic­tines, he joined that order and from age 18 to 23 lived at Pannonhalma, a beautiful fortress-like Archabbey founded in A.D. 996 and situated on a hill near the Danube in Hungary. Fr. Jaki’s brother Zeno still resides there as a monk, and there Fr. Jaki’s body will finally rest. His other brother, Teodoz, is a Benedictine monk in Györ. I once asked Fr. Jaki, amazed at how hard he worked, “Father, when will you rest?” He replied with an old Hungarian proverb, “When I’m in my grave.”

He did his doctoral work in theology at Sant’ An­selmo in Rome, where he was known as a defender of the papacy. His dissertation, published in 1957 — which Pope Benedict XVI has in a place of honor in his personal library — critiqued Les tendances nouvelles, or new tendencies in ecclesiology. In 1951 his superiors sent him to teach at St. Vincent’s Archabbey in Pennsylvania, but he soon lost his voice in 1953 due to complications from a tonsillectomy. This affliction lasted ten years, during which time he earned a Ph.D. in physics at Fordham University under Dr. Victor Hess, a Nobel Prize winner. By 1965 he was on the faculty at Seton Hall University, where he remained till the end of his life.

As a historian of science and a philosopher he fought against the encroachments of scientism; as a theologian he fought to defend the supernatural.

The earnest Christian acts from the noblest motives and with the purest intentions, never trying to live the double life of serving both God and mammon.