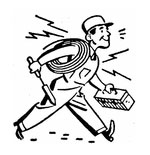 ARE TODAY'S MEN DOOMED TO FAIL?

By Mitchell Kalpakgian | December 2012
Mitchell Kalpakgian, a Contributing Editor of the NOR, is currently a visiting professor of literature at Thomas More College of Liberal Arts in New Hampshire. He is the author numerous books, including The Marvelous in Fielding's Novels (University Press of America), The Mysteries of Life in Children's Literature (Neumann Press), and the recently released The Virtues We Need Again: 21 Life Lessons from the Great Books of the West (Crossroad Publishing).

One of the proving grounds of manhood and maturity is found in the vocation of marriage. The natural desire to marry and found a family motivates a man to act with the seriousness of purpose that marks the transition from youth to adulthood. Traditionally, as young men grew into adulthood, they were trained to anticipate and prepare for this crucial next stage of their lives. However, as marriage has been slowly but surely stripped of its cultural significance, and the joys and duties of fatherhood largely fail to inspire, the young men of today have been losing the opportunity to grow fully into mature manhood. Instead of pursuing these once-noble ideals, which demand prudence, preparation, work, and savings, modern young men by and large preoccupy themselves with amusements and diversions, or in the pursuit of money and power, or in the revelry of a trivialized bachelor’s life.

In a word, the natural and the normative are no longer the rule. Why has the deeply human desire to be bonded with a member of the opposite sex in the union of matrimony, and to be fruitful and multiply, lost its inherent attraction for many men? What are the forces and influences that have diverted them from following Mother Nature’s call to the dignity of fatherhood and the honor of a chaste marital union? One explanation is that the temptation of cohabitation and contraception defeats the concept of marriage by reducing the relationship between men and women to one of mutual exploitation. The contraceptive mentality and the availability of legalized abortion separate the union of men and women from the begetting of children, frustrating the entire natural order of, and the divine design for, the institution of marriage and the continuation of the human race. Without the imperative of marriage, relations between the sexes mutate into many forms, from “serial monogamy” and “open relationships” to cohabitation and “friends with benefits.” The cynical attitudes that consider marriage as an obsolete institution, or an artificial construct subject to revision, have become commonplace. But when a culture refuses to instill in its young the ideals of manhood and womanhood fulfilled in the enduring bonds of a stable marriage, it casts its next generation of adults adrift on a shifting, turbulent sea with no moral direction and no greater purpose than self-gratification.

In such a culture, men do not learn to commit, to give, to sacrifice, to lead, to provide, and to be honorable. Just as motherhood awakens in women the maternal instinct to love and nurture their children and to respond to their smallest needs, so too fatherhood awakens in men the chivalric instinct to serve, to protect, and to be generous. Marriage matures and ennobles the men and women who recognize this calling as a great vocation; marriage educates them in the spiritual dimension of love. To couples who embrace matrimony as a holy sacrament and who uphold their vows, marriage teaches the whole book of love defined by St. Paul in 1 Corinthians 13. Marital love demands fidelity, it conquers pride and instills humility, for “love is patient and kind” and “does not insist on its own way.” Marriage overcomes selfishness in its many forms, whether in willfulness, boastfulness, or self-indulgence. As St. Paul explains, “Love is not arrogant or rude…. It is not irritable or resentful.” Marriage teaches self-sacrifice and fosters the courage to carry crosses and undergo sufferings for the beloved, for, in St. Paul’s words, “love bears all things” and “endures all things.” Without this total embrace of the duties of marriage, manhood does not reach its full potential. A man who cannot honor his promises — or one who cannot even bring himself to make promises — devalues women and children, fails to fully develop his will power and moral courage, and is doomed to remain unmanly and ignoble.

Within marriage, husbands and wives can cultivate the best in their spouses and stir the depths of femininity and masculinity in each other. As a man discovers in marriage, a woman has so much love to give that it seems boundless and unconditional. A woman learns that a man can love his family so much that he would even die for them. It is in Christian marriage that men begin to understand their Christ-like role in the world and their noble role as heroes willing to sacrifice themselves for the sake of others. St. Paul enjoins to husbands to “love your wives as Christ loved the church and gave himself up for her.”

The priest held the wafer aloft. “This is the Lamb of God who takes away…

This year the garden patch I pass by daily lies deserted. For years I have…