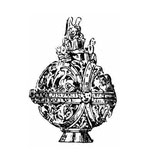 One of the traditional hallmarks of Catholic theology is that God’s existence can be known with certainty apart from the influence of authoritative, divine revelation. This longstanding belief of the Church can be said to have reached a climax at the First Vatican Council in 1870. In response to the prevailing trends of rationalism and fideism, the Council Fathers steered a middle course, declaring that God’s existence can be known through the natural light of human reason. This teaching was expressed in the Council’s “Dogmatic Constitution on the Catholic Faith,” Dei Filius.

Most Catholic theologians and philosophers vigorously defended this teaching well into the middle of the twentieth century. But almost immediately after the Second Vatican Council it fell out of favor; some scholars went so far as to argue that it was irrelevant to or even problematic for the flourishing of faith. Although the subject of natural theology is rarely applied to the practice of interreligious dialogue, the implication of the Council’s teaching is that theologians can indirectly demonstrate the fallacies inherent in non-theistic religions. Thus, the proofs for God’s existence are not just relevant to the Christian’s response to atheists, agnostics, and skeptics; they are applicable to the Catholic’s dialogue with followers of Buddhism, Confucianism, Jainism, and other non-theistic religions.

A Protestant Consideration of Natural Law

Natural law is in ill repute today among both Protestants and liberal Catholics. It is…