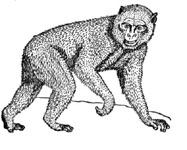 John Lyon has held teaching and administrative positions at several universities, including Notre Dame, Ball State, Kentucky State, and St. Mary’s (Minnesota). More recently, he taught literature and history at a classical academy in Wisconsin. He has also farmed, raising berries, flowers, vegetables, and apples, and operated a stall at the local farmer’s market in Bayfield County, Wisconsin.

Fr. Michael Chaberek’s argument in Aquinas and Evolution is readily summarized: genuine Thomism — or traditional Thomism or “old Thomism” — is incompatible with theistic evolution. Some might be tempted to dismiss the argument and the book at this point, making snap judgments to the effect, “So much the worse for Thomism!” For what is Thomism to most of us? Is it not akin to the Ptolemaic system: antiquated, outdated, superseded, functionally and structurally replaced by various forms of naturalism or neo-Thomism? Matters are not so simple, however, and the ready summarization does little justice to the comprehensive argument, extensive research, and distinctive construction of the text.

We are put on notice of the significance of many of the issues impacted in this argument by the author’s insistence that, for Aquinas, transformation of species by any physical process is impossible, that the emergence of species cannot be explained by a Thomistic concept of secondary causation, that direct divine intervention in the creation of species is a necessity, and that the explanation of the origin of species belongs to theology and not to science. Putting the proposition in other terms, Fr. Chaberek startles our sodden imaginations with the proposal that, since any particular time scale — six days or billions of years — is irrelevant to a Thomist conception of species, neither geology nor paleontology has offered anything that would contradict direct divine creation of species. What matters, though, is the contention that species were created separately, by direct divine causation, and that this happened over time rather than in one moment.

That’s a particularly hard bullet to bite. Strange though these contentions might be to our culturally embedded naturalism and materialism, Fr. Chaberek shows that Thomism is not just some parochial school of philosophy generated by an isolated conventicle of beleaguered believers. It is, rather, an integral part of the millennial flow of Western thought and cannot simply be consigned to the dustbin of misguided and superseded systems of philosophy. Chaberek identifies Thomism, rightly understood, with the broad Catholic intellectual tradition in philosophy, and with that tradition’s common understanding of words such as God, creation, and nature; its classical metaphysics; and the epistemology of moderate realism. Theistic evolution, then, should not be anathema merely to a nostalgic set of thinkers out of step with their times but to those who, consciously or otherwise, hold to patterns of thought that may well have a consistent and continuous history at least since the development of writing. In such a context, expressions such as theistic evolution or creative evolution would be oxymoronic — indeed, autophagic.

The author puts this contention variously in the text and pivots about the structure and substance of species:

Under the mental cloud generated by geology and paleontology, for example, we all casually use the clause when man became man. Yet this expression makes no sense whatever, and such is the heart of the Thomist critique of evolution as presented by Fr. Chaberek. Contra theistic evolutionists, not even God could take a hominid body and infuse into it a human soul, for such would violate not only canons of logic but the integrity and nature of speciation in traditional metaphysics and Christian revelation. The very thought would issue in the production of mental chimeras, the impossible (though not unimaginable) conjunctions of two natures, two essences, two vacuous “entities” in one “palpability.”

There are significant excursuses by the author into issues raised by intelligent-design arguments (which he finds compatible with Thomism as preambles to the preambles of faith), and with various modern Thomists’ attempts via theistic evolution to capture the flag of genuine Thomism. These attempts regularly depend in large measure, it would appear, on St. Augustine’s concept of the rationes seminales, themselves descended from Heraclitus and a long Stoic tradition of thought about the logoi spermatikoi. Ultimately, Fr. Chaberek dismisses such attempts on the grounds that “no one knows, including Augustine himself, what those seminal reasons are,” and that “an overall impression from reading his commentaries on Genesis is that Augustine is somewhat lost in the field.”

This dismissal rings false. Much might be said of it, but not here. Suffice it to say that in De Genesi ad Litteram, Augustine’s great plea to Christian apologists is not to talk nonsense to men who through reason and experience have certain knowledge of natural processes: “Reckless and incompetent expounders of Holy Scripture bring untold trouble and sorrow on their wiser brethren when they are caught in one of their mischievous false opinions and are taken to task by those who are not bound by the authority of our sacred books.” The burden of this plea weighs on us all, and the interminable Thomist-neo-Thomist-theistic-evolution-materialist-reductionist-naturalist argument about the nature of creation proceeds apace, and all commentators seem periodically “somewhat lost in the field.”

In the broadest context, the central differentiating issue between Thomists given to theistic evolutionary explanations and traditional Thomists remains the matter of the direct, immediate, divine creation of species. Given the nominalist tendencies of thought and language since Bacon and Locke, there is for most of us an almost immediate mental move to reduce accounts of creation (especially in Genesis) to mere figures of speech. Fr. Chaberek points out that, contrary to that reduction, the special creation of the human body is the great differentiating issue, and that, short of such a direct divine creation of the human body, the Resurrection and its promises for mankind must also become mere figures of speech.

Reading this book is at once debilitating and enlivening. It drives one back to one’s sources, everything from Gerald Vann’s The Aquinas Prescription (which, in its 1999 reprint, bears the same cover illustration of Aquinas as does Chaberek’s work) through A.C. Cotter’s Natural Species (1947), with its description of the “Porphyrian Tree,” to Aristotle’s Categories and Metaphysics. The process is laborious and re-awakening. The interminable, Sisyphean task of adequately describing either the percept or concept of species rolls on agonistically.

Scholasticism instructed us that neither intuition nor perception was adequate in itself to attain to the essence of a material thing. What was needed in the search for the “quiddity” of a thing was intellection, largely by the process of abstraction, though inevitably through the senses, through careful empirical observation and the collation of data.

Things come apart in our time. Quiddity is replaced by liquidity. We have endless empirical “scientific” labor involving no more metaphysics than mathematics, spawning “intuitionist” descriptions of the way things are and cannot otherwise be. And then we have neo-Thomists laboring over the “blooming, buzzing confusion” offered us by the apparently linear development of the geological and paleontological records, attempting to bring order out of initial chaos for the sake of “saving the appearances” of the physical world for believers without appearing to be scandalous ignoramuses to their scientific brethren.

In the 1860s, friends of Fr. John Henry Newman were still maintaining that God must have put fossils in the rocks “to give things the appearance of having evolved.” But Newman “simply laughed at this and even used its absurdity to highlight the equal difficulty of special creationism,” as A. Dwight Culler wrote (The Imperial Intellect, 1965). In an 1863 notebook, Newman wrote:

Fr. Chaberek would burke this issue by making time irrelevant to direct divine creation: Six days or billions of years apparently signify nothing here for genuine Thomists. However, a greater want of simplicity is thereby introduced. And, of course, simplicity is not the only criterion of a valid scientific explanation. Newman’s “want of simplicity” does count seriously, however, in our general sense that, in a proper explanation, factors ought not be multiplied unnecessarily, as Ockham’s Razor suggests, and as innumerable, direct, divine interventions in the course of natural history entail.

The search for an adequate articulation of nature inevitably goes on. Though not explicitly referencing the biological realm, British historian Arnold Toynbee wrote, “We cannot think about the universe without assuming that it is articulated; and at the same time we cannot defend the articulations that we find, or make, in it against the charge that these are artificial and arbitrary, that they do not correspond to anything in the structure of reality…. It can always be shown that they break up something that is indivisible and let slip something that is essential…yet without mentally articulating the universe, we ourselves cannot be articulate — cannot, that is, either think or will” (Reconsiderations, 1964). And so, 2,500 years later, we pursue the issues set by the pre-Socratics. Fr. Chaberek makes us rethink many things and pray about them. Omnia mutantur, nihil interit (“Everything changes, nothing perishes”).

The same God who instructs the heart also makes full use of intellectual concepts, syllogisms, and insights, including those found in philosophy and theology.

Over the past century and a half the bold little doctrine of evolution has taken center stage away from the glory that is revelation and the grandeur that is spirit.