Volume > Issue > From "Babies Having Babies" To Babies Hating Babies 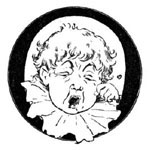 From “Babies Having Babies” To Babies Hating Babies

By Joseph Collison | September 1998
Joseph Collison is the Director of the Office of Pro-Life Activities for the Diocese of Norwich, Connecticut, and Chairman of the Board of Caring Families Pregnancy Services.

Can a mother forget her infant, be without tenderness for the child of her womb?

It was the lead story on the evening news. Two nice young college students, Amy and Brian, drove from New Jersey to Delaware and rented a motel room. There Amy gave birth to a baby boy. Brian, it was reported, beat the baby to death, stuffed him in a plastic bag, and threw him in a trash container.

The body was found and the parents arrested. Defense attorneys suggested that the baby had “died of suffocation” during birth, although it was reported that an autopsy showed he had been shaken and pummeled to death. Psychiatrists gave reasons why “society” was to blame, and the ACLU weighed in with arguments about “rights.” A New York Times writer dismissed it all as just an “unfortunate outcome of teenage sexuality.” Why didn’t Amy and Brian just go to an abortionist and have their baby legally and quietly killed? Because, said the public affairs director of Planned Parenthood, “organized religion” has given abortion “a bad name.”

There were a few other such cases at the time that made for sensational news stories. After Amy and Brian there was Melissa, another teenager from New Jersey, who, it was reported, took time out from her senior prom to go to the ladies’ room, where she gave birth, wrapped her baby boy in a plastic bag, threw him in the waste basket, and returned to dance with her date. But the sensation began to fade. When it was reported that another girl did a motel-room birth-and-murder like Amy and Brian’s the story got scant coverage. And when two “toilet birth” babies were discovered, one in the toilet of an Atlantic City bus terminal (he survived), another in the toilet of a courthouse on Long Island (he didn’t), the media reported them, but only briefly.

California newspapers have carried stories about the bodies of newborns washing ashore with the tide, and about dead babies routinely found in dumpsters and restrooms and by roadsides. They have also reported that San Diego sewer workers have been told to watch for little bodies clogging filters. The Milwaukee Journal Sentinel has reported on an attorney who specializes in defending neonaticidal mothers (there is a large number of such cases in Wisconsin). But unless facts surrounding these deaths lend themselves to sensationalizing, few cases make the headlines.