Volume > Issue > Finding the Truth in a Narrative of Lies 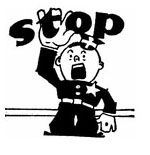 Finding the Truth in a Narrative of Lies

WHERE THE CONTRACEPTIVE IMPERATIVE TRUMPS ALL

By Kenneth D. Whitehead | May 2012
Kenneth D. Whitehead was an Assistant Secretary of Education in the Reagan administration. In retirement he now works as a writer, editor, and translator in Falls Church, Virginia. His latest book is Affirming Religious Freedom: How Vatican Council II Developed the Church's Teaching to Meet Today's Needs (St. Paul's/Alba House, 2010).

One of the most remarkable features of the current crisis unleashed by the Obama administration’s “contraception mandate” is the degree to which its proponents, largely echoed by the mainstream media, have been able to present the issue as primarily one of “women’s access to essential healthcare services.” As nearly everybody knows, though many somehow find it convenient not to bring up, what the mandate requires is that nearly all employers must henceforth provide health insurance that fully covers all FDA-approved methods of birth prevention without fees, deductibles, or co-payments by the insured.

This basic requirement of the mandate is regularly passed over in public discussions, while emphasis is placed on the supposed “right” of all women to gratis birth-prevention services. Meanwhile, the claim that nobody should be forced by law to pay for methods and procedures believed on religious grounds to be immoral is accorded decidedly secondary status, if it is conceded to have any validity at all. After all, it was the prestigious National Academy of Science’s Institute of Medicine that determined that all FDA-approved methods of birth prevention should be included among the “preventive services” for women authorized by the Patient Protection and Affordable Care Act, popularly known as “Obamacare.”

Proponents of the mandate wonder what the problem is. After all, churches and houses of worship are specifically exempted from the mandate. When Catholic bishops pointed out that the so-called religious exemption is so narrowly defined as to be virtually meaningless, President Obama offered an “accommodation” to religiously affiliated organizations to the effect that the required “preventive services” would be supplied directly by insurance companies and would therefore not have to be paid for by the organizations themselves. So, what’s the problem? Abortion is supposedly excluded since the Hyde Amendment forbidding federal dollars for that purpose remains in place.

Therefore, it is asserted, to allow significant conscientious objection to the mandate would mean allowing employers to block access not only to prevention services to which everyone is now considered entitled, but also to other services such as maternity care, mammograms, cancer screening, etc. Nobody has a right, it is thought, to deny these services to anyone.

The Fires This Time

July was a cruel month for attacks on Catholic churches. But the mother of them all wasn’t an act of destruction; it was an act of desecration, a hostile takeover of a former Catholic cathedral.

Scrooge stated, “Let those poor go to the prisons and the Union workhouses. And if they’d rather die, they had better do it."