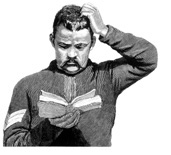 By Charles James | September 2003
Charles James, a convert from Anglicanism, is an Associate Professor of Philosophy, Academic Dean, and Provost at St. Patrick's Seminary in Menlo Park, California.

In a breathless article published in Crisis magazine (Feb. 2003), Michael Novak canonizes Jesuit theologian Bernard Lonergan (1904-1984) as the St. Thomas Aquinas of our time. But Novak’s applause is so loud that the reader may overlook a vital point: Lonergan’s Kantianism gets the best of his Thomism, forcing him into the dead end of subjectivism. Lonergan’s philosophy rests ultimately on human experience rather than on a sturdy philosophy of being.

Novak is not alone in his praise of Lonergan. Workshops on Lonergan’s thought are held all over the world. He is studied in major seminaries in the U.S., Canada, and Latin America. Boston College has long been a teaching center for his theology and philosophy. The Lonergan Research Institute in Toronto is busy publishing an edition of Lonergan’s writings on theology, philosophy, economics, education, and religion. The Institute’s scholarly journal, Method, is devoted to international Lonerganian research. There are even plans to create an icon of Lonergan!

Why do Novak and others offer such obeisance to Lonergan? First, for many theologians, the most attractive aspect of Lonergan’s thought is the new foundation he offers them. For theologians who long ago jettisoned the Thomistic philosophy of being, Lonergan offers a new grounding for theology. He seems to give us a new apologetic. Faced with the myriad of theological methods, he appears to provide a systematic and comprehensive approach to theology. Yet this new foundation is flawed in its fundamental structure. Second, he expresses his theology in the jargon of existentialism and phenomenology, the current lingua franca of the intellectual elite. Intent on communicating with contemporary intellectuals, many Catholic theologians replace the traditional language of Catholic philosophy with this new jargon. However, their flawed method keeps them from reaching their laudable goal. What they gain in communication they lose in substance. The language of experience never substitutes for the language of being. Third, although Lonergan uses the language of contemporary philosophy, he maintains many Thomistic terms. However, these terms are re-defined in order to support his experiential theory of knowledge. Let me focus on two of Lonergan’s central terms.

The monumental creativity of Lonergan’s thought revolves around his notion of “insight” and “conversion.” Insight was the central idea of Lonergan’s magnum opus, Insight: A Study of Human Understanding (1957). This is the work mentioned in Novak’s article which impacted him so significantly as a theology student in Rome. He tells us that he and his fellow seminarians were “abuzz with the impending publication of Insight….”

The other central term is “conversion.” In his 1972 work Method in Theology, Lonergan displays a more obvious subjectivism as he tries to validate Christian doctrines by an appeal to the experience of conversion. Is it because Method so clearly betrays Lonergan’s false starting point that Novak fails to mention this work? Certainly Method has had a greater impact on theology than Insight. In Method Lonergan uses his experiential notion of conversion as a criterion of truth in theology, clearly basing doctrine on the weak foundation of a religious experience. Does the reluctance to compare Insight and Method, to read them together, bespeak an unease that Lonerganian theologians have with the intensified subjectivism of their master’s later work?

Being unsatisfied with mere "attendance at liturgy," the spiritually awakened seminarian will personally seek the Lord in the liturgy.

The same God who instructs the heart also makes full use of intellectual concepts, syllogisms, and insights, including those found in philosophy and theology.

The hallmark of Catholic theology is that it insists on the concrete and resists the ethereal. Our beliefs are beliefs about reality.