Volume > Issue > "Deja Vu All Over Again": The Return of Paganism 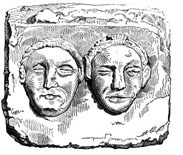 “Deja Vu All Over Again”: The Return of Paganism

By Joseph Collison | February 1999
Joseph Collison is the Director of the Office of Pro-Life Activities for the Diocese of Norwich, Connecticut, and Chairman of the Board of the Caring Families Crisis Pregnancy Center.

There is nothing new under the sun. It was here already, long ago. -Ecclesiastes 1:9-10

The early Christians lived in a thoroughly pagan world. Human life was cheap. Abortion and infanticide were universal. The Roman economy was based on slavery, and Rome’s most popular form of entertainment was the public exhibition of torture and murder. (Rome didn’t have our technical ability to feign perpetual torture and death on movie and television screens.)

But there was one corner of the Roman empire where human life was sacred. Roman cruelty was abhorred in little Judea, and slavery (though sometimes practiced) was forbidden by Jewish law. For Jews, a child was God’s greatest gift. As Flavius Josephus, a first-century Jewish historian, wrote:

The law has commanded us to raise all children and prohibited women from aborting or destroying seed; a woman who does so shall be judged a murderess of children, for she has caused a soul to be lost and the family of man to be diminished.

"Did you ever wonder why we no longer hear teaching on serious personal sin?"

Do you remember the “Masters of the Universe”? Even if you weren’t introduced to them…