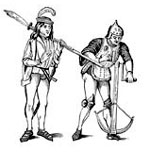 AN IMPOVERISHED SPIRITUALITY OF SUFFERING

During Pope Francis’s first Angelus address after ascending to the chair of Peter, he approvingly cited Walter Cardinal Kasper’s book Mercy: The Essence of the Gospel and the Key to Christian Life (2012), saying that he had read it recently and it had done him “much good.” Since that papal audience, Francis has spoken frequently about God’s mercy, even calling an Extraordinary Jubilee Year of Mercy and issuing a book-length interview, The Name of God is Mercy: A Conversation with Andrea Tornielli (2016). Cardinal Kasper has also played a prominent role in discussions about how to extend mercy in the Church, specifically to the divorced and civilly remarried. While it might not be the case that his vision of a more merciful Church is identical to the Pope’s, the German cardinal’s views are certainly a significant factor.

The context of Cardinal Kasper’s spirituality of mercy is a modern world that has, practically and theoretically, abandoned the concepts of both human and divine mercy. On the human level, the twentieth century witnessed industrialized wars and wide-scale civilian bloodshed, despite enjoying relatively great material prosperity. Two world wars and the Holocaust provide the most prominent examples of the lack of mercy present throughout this bloody century. As regards divine mercy, faith in God has declined precipitously in the developed world, and there are no signs of a great spiritual awakening on the horizon. Nor are there signs that the twenty-first century will be any more mercy-filled than the twentieth on the human level.

This practical absence of mercy arose largely from systems of thought that reject, in principle, the idea of being merciful. Karl Marx, for example, had little use for mercy. He believed in eradicating the root causes of suffering rather than seeking to ameliorate them through works of mercy. Friedrich Nietzsche critiqued mercy as fostering a weak, slavish morality that blocks the flourishing of supermen who are strong and creative. These two thinkers played a critical role in shaping two of the most historically significant social movements of the twentieth century. Marx’s philosophy gave birth to communism, while Nietzsche’s exaltation of the will to power provided much of the intellectual raw material for Nazism. Neither Marx nor Nietzsche made any space for faith in God in their systems of thought.

Cardinal Kasper argues that the Church has not paid sufficient attention to the centrality of mercy in her theology in order to counter this void. Instead, Catholic theologians have tended to explain the divine attributes in terms of immutable ontological abstractions. They have thus had difficulty situating God’s mercy in their theological reflections because mercy has to do with a relationship to living, dynamic realities. For example, many theologians’ interpretations of the words of the theophany on Sinai, “I am who am,” have tended toward an ontological rather than an existential reading. According to the ontological reading, the revelation of the divine name teaches God’s place in the hierarchy of being as esse subsistens (existence itself) more than promising His abiding faithfulness to His chosen people. While Kasper recognizes the legitimacy and usefulness of this approach to God’s attributes, he observes that it has led to a near eclipse of systematic reflection on God’s mercy in theological manuals. In its stead, Kasper proposes an existential approach to God that focuses not on ontology but on the way in which the Bible reveals that the Almighty relates mercifully to humanity. God looks lovingly on human wretchedness, even sinfulness, and does not render according to strict justice but instead tempers justice with mercy.

Pope Francis is entitled to his opinions, and he’s not shy about sharing them in front of microphones. But his opinions don’t equate to magisterial pronunciations.

While Pope Francis doesn't deny the truth or the faith, he implicitly calls some of it into question, not only by his call for a re-ordering of priorities, but through his uncertain and inexact language.

Pope Francis & the Primacy of Conscience

The most egregious remark in the Pope's interview with Scalfari concerns a subjective definition of conscience, one that the self-described atheist says he "perfectly shares."