Volume > Issue > Can Beauty Save the World? 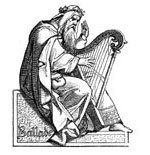 Can Beauty Save the World?

IS IT MORE ACCESSIBLE THAN THE TRUE & THE GOOD?

By James G. Hanink | June 2013
James G. Hanink, a Contributing Editor of the NOR, is in his fourth decade of teaching philosophy. He and his wife, Elizabeth, are active in pro-life work. Prof. Hanink delivered a version of this article at the annual gathering of the Jacques Maritain Association on October 12, 2012, at LaSalle University in Philadelphia.

In Dostoevsky’s The Idiot, the dying Teréntyev asks Prince Myshkin, “Is it true, Prince, that you once said that beauty will save the world?” The thesis that beauty will save the world is arresting, but what are we to make of it? In his 1970 Nobel Prize lecture, Aleksandr Solzhenitsyn affirms the thesis, though he admits that for a long time he could make no sense of the claim. Others say it is false. Isn’t beauty’s failure to save even itself the stuff of history? In its beauty, Baghdad fell to the Mongols; in its loveliness, Japan’s Heian met destruction. And are not artists all too often self-destructive? Though starkly different, Van Gogh and Thomas Kinkade shared a like fate.

Solzhenitsyn does not deny history’s lessons. But such reproval, he says, fails to see that barbarism cannot finally extinguish beauty. And while an artist who would create a private reality might fall beneath its burden, one who is harmony’s apprentice finds an enduring home. Yes, art falters; but there is also success. Even now a developing world literature speaks to us all.

Yet there is more. Beauty, Solzhenitsyn says, is a transcendental; it joins, in troika fashion, with truth and goodness. In our time, truth suffers institutional betrayal, and a legion of partisans subverts the good. Nonetheless, he tells us,

A work of art bears within itself its own verification: conceptions which are devised or stretched…come crashing down [and] convince no one. But those works of art which have scooped up the truth and present it to us as a living force — they take hold of us, compel us, and nobody ever, not even in ages to come, will appear to refute them.

Thus beauty holds a privileged position. Even if the “stems of Truth and Goodness are crushed [perhaps] the fantastic, unpredictable, unexpected stems of Beauty will push through…and in so doing will fulfill the work of all three.” In short, we can still live in hope.