Volume > Issue > Can a Political Conservative Be a Christian? 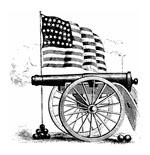 A QUESTION OF PRIORITIES

By James J. Thompson Jr. | January-February 1984
James J. Thompson Jr. is a freelance writer based in Nashville, Tennessee, and a Contributing Editor of the NOR. Both a conservative identified with the Southern Agrarian school of thought and a convert to Roman Catholicism, he is the author of Tried as by Fire: Southern Baptists and the Religious Controversies of the 1920s (reviewed in our Oct. 1983 issue).

“Can a political conservative be a Christian?” This question provokes two responses: conserva­tives indignantly answer, “Of course,” and Chris­tians on the Left reply smugly, “Of course not.” Both answers fall considerably short of the full truth. One could write whole books exposing the self-righteousness that infects the Christian liberal’s attitude toward conservatives; more important at this time is an examination of the flaws in the con­servative’s assumption that his political ideology and his religion co-exist effortlessly.

Until recently, liberalism held such sway that anyone even mildly sympathetic with conservatism would have concentrated his fire upon the liberals and would have sought to encourage that conserva­tism which dissented from the dominant ethos. In politics the liberals had their way in the 1960s, and if the next decade brought an end to their reign, it would be mistaken to view its downfall as a triumph of the Right: the chicanery of Richard Nix­on and the banality of Gerald Ford did little to gladden principled conservatives. While Jimmy Car­ter became the bête noire of the Left, with his commitment to most of the items on the liberal agenda, he forged another link in the chain that stretches back to Franklin Roosevelt.

In the religious arena conservatives faced an even direr plight. By the 1970s much of American Protestantism had been battered by nearly a centu­ry of theological liberalism. From Walter Rauschenbusch’s Social Gospel to Harvey Cox’s celebra­tion of the “secular city,” mainline Protestantism had been steadily eroded by men intent upon secu­larizing the Gospel into an almost exclusively tem­poral affair. The Roman Catholic Church, histori­cally a fortress of sound theology, faced an on­slaught from priests, nuns, and laymen who, in the wake of the Second Vatican Council, scrambled to outdo the Protestant secularizers. Conservative Catholics wandered disconsolately through the ru­ins of their Church, while their Protestant counter­parts shored up the walls of the ghetto to which they had retreated in the face of the liberal assault.

In the late 1970s the unexpected happened: conservatives began to move back into power. The­ological conservatives in the Roman Catholic Church regrouped their scattered forces, and with the election of Pope John Paul II and the rising militancy of the prolife movement they exuded a renewed vitality. Protestant conservatives marched out of the ghetto, and with such organizations as the Moral Majority leading the way, they asserted themselves in both religion and politics. Ronald Reagan’s election to the Presidency in 1980 pro­vided a fitting culmination to the resurgence of the 1970s. Millions of Catholics, distressed at the de­cline in moral standards, abandoned the Democratic Party to vote for Reagan, and Protestants in the South and Midwest saw in him the embodiment of their hopes for political and moral renewal. Wheth­er in religion, politics, economics, or public policy, conservatism entered the new decade with an ebul­lience and optimism it had not previously possess­ed in the 20th century.

God requires us to use our financial goods for charity and not just selfish enjoyment, as stewards of what we have been given.

Homosexuality Is Bad? But Where's That in the Lectionary?