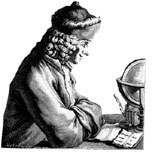 The U.S. Supreme Court is currently hearing a case, Dobbs v. Jackson Women’s Health Organization, that could overturn Roe v. Wade, which since 1973 has assured American women virtually unrestricted access to abortion. Dobbs challenges the constitutionality of a Mississippi law mandating that no fetus be aborted after 15 weeks, on the usual grounds that a woman has a right to an abortion, emanating from the penumbras of the Fourth Amendment to the U.S. Constitution, which, on its face, is about unreasonable searches and seizures. With a solid conservative majority, however, the Supreme Court may choose to address the legitimacy of Roe. Hence, this new book, edited by Pilar Zambrano and William Saunders, is a timely, valuable contribution to the scholarship surrounding legal restrictions on abortion.

Unborn Human Life and Fundamental Rights is the product of a five-year collaboration among an international team of legal scholars. Although the editors express in their foreword the hope that it will appeal to a popular audience, that is doubtful, as it is a technical review of the intricacies of the legal systems of the countries surveyed and holds little that the general, non-expert reader might easily glean. But the volume is presented in an academic series and, true to those aims, is an impressive work of scholarship. The countries and regions it covers include the United States, Canada, Italy, Spain, Poland, the European Court of Human Rights, the Inter-American Court of Human Rights, Argentina, Chile, Mexico, and Peru. It concludes with an afterword by the philosopher John Finnis on unborn human life and fundamental rights.

The choice of topics is strategic, aiming to cover three distinctive legal identities: Latin American constitutional courts and the Inter-American Court of Human Rights, European courts and the European Court of Human Rights, and common-law jurisdictions. That is not a random choice but one focused on the issue of how the right to life from the moment of conception is or is not protected by law. Such protection is largely lacking in European and common-law jurisdictions, the only exception being Poland, which currently affords some protections, and Ireland, which did so from 1983 to 2018. The denial of the legal personhood of the unborn allows claims to privacy, reproductive health, quality of life, and free development of the personality of the mother, among other things, to justify abortion.

By contrast, all Latin American jurisdictions covered in this book that are under the Inter-American Court of Human Rights (except Mexico) until 2012 asserted the right of the unborn to personhood from the moment of conception. Since then, however, the European and common-law models have dominated even in the Latin American countries.

The editors try to explain this by discussing the moral and legal context out of which judicial decisions have come. The dominance of legal positivism throughout the world makes a discussion of this nature difficult. Explicit is the editors’ belief that unless this discussion is held, forces will push in the direction of ignoring the rights of the unborn. Someone who is silent, powerless, and largely invisible has little to say.

For this reason, the editors include an afterword by Finnis, who makes this point eloquently. He reminds us that “the past fifty years have seen a collapse of fundamental civility and humanity: widespread abandonment of the sense of obligation to give legal protection to the unborn in the face of maternal and paternal desires to avert the inconvenience of caring for a child for years, even decades.” This, he tells us, involves abandonment of the principle that an innocent human life is not to be made the object of an intent to extinguish it. That principle, which had been such a bright line, is now being trampled by the advocates of death in the name of personal fulfillment. Finnis notes that assisted suicide and euthanasia are not unrelated to the specter of abortion. He rightly blames elites and political leaders, and he singles out judicial activism as the chief perpetrator of much of the evil.

I would add to Finnis’s list of elites to blame for this moral degeneration the impact of European and American nongovernmental organizations that work to change laws in countries throughout the world and impose on them understandings of the person and women’s rights that are, in many cases, alien to the longstanding traditions of those lands, grounded as they often are in religious faith. Much harm is done by NGOs that have as their goal the coopting of government power. They are not content simply to provide charity to the unfortunate or to stay within the realm of civil society and compete for the minds and hearts of citizens. Rather, driven by business-style dynamics, they insist on measurable results for their dollars. So, they are intent, in true fascist style, on getting the government on their side and presenting legislation and policies that are then adopted by governments and imposed on all citizens, regardless of their beliefs.

Abortion is probably an area in which this has happened most, as is evidenced by the linking of women’s rights to the unspeakable crime of abortion. There is nothing more demonic or tragic than the idea that the dignity of women consists in their ability to destroy their offspring. Among its advocates, abortion has become a positive right, something that defines the dignity of female persons and comprises a kind of sick sacrament of individual freedom.

Unborn Human Life and Fundamental Rights is an excellent volume that offers readers a sober and truthful understanding of the enormity of the issues involved in the protection of unborn human life.

In advance of her big London Summit on Family Planning, Melinda Gates launched a campaign called "No Controversy." She may soon realize she's already knee-deep in it.