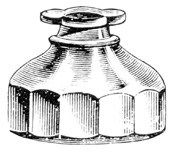 July 25, 1998, marked 30 years since the issuance of one of the most controverted and controversial documents of our time, Pope Paul VI’s encyclical on the transmission of human life, Humanae Vitae, the famous “anti-birth-control” encyclical. It was criticized and disdained in 1968 as a prime example of the Catholic Church’s failure to keep up with the times and with the world. The world was convincing itself that artificial contraception would be an unalloyed benefit to sexual intimacy and the solution to the perceived social problems of unwanted pregnancies and overpopulation; yet here was the Pope in the name of the Church blindly and stubbornly insisting that artificial interruption of the human generative process is morally wrong.

After 30 years we can see that Pope Paul’s “blindness” was prophetic insight, and his “stubbornness” was pastoral fortitude. Humanae Vitae (HV) predicted that the acceptance of contraception by society would lead to “conjugal infidelity and a general lowering of moral standards”; would lead to lessened respect for the woman, reducing her to a “mere instrument for the satisfaction” of male desires; would put undue power in the hands of public authorities caring “little for the precepts of the moral law”; and would create the illusion that “procreating life should be left to the arbitrary decisions of men” (HV #17). All of these predictions have come true.

The principal teaching of Humanae Vitae is that in the marriage act there is “an inseparable connection, established by God, which man on his own initiative may not break, between the unitive significance and the procreative significance which are both inherent to the marriage act” (HV #12). This “inseparable connection” means that “in any use whatever of marriage there must be no impairment of its natural capacity to procreate human life” (HV #11).

This teaching was addressed to a world freshly confident that mankind at last had the scientific and technical means to control human fertility; that is, to separate the procreative potential of sexual intercourse from its unitive, or lovemaking, aspects; henceforth lovemaking could be engaged in without fear of pregnancy. This was perceived as a self-evident good. The moral condemnation of contraception in HV was surely nothing but an authoritarian and irrational holdover from earlier, more ignorant times. HV’s warning against separating the “inseparable” in sex was brushed aside with incredulity and even scorn.

The Birth-Control Box in the Living Room

Research has uncovered a link between soap operas and lower fertility rates in Brazil, Mexico, and Kenya. In fact, some countries have "a history of using soap operas to cut fertility."

As the great battle was the turning point for America's independence, with God's grace we will bring the battle to the doorsteps of the Culture of Death.

Review of Why Humanae Vitae Was Right