Volume > Issue > What Is Happiness? 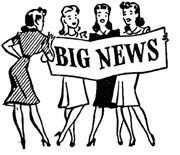 Healing the Culture: A Commonsense Philosophy of Happiness, Freedom, and Life Issues

Christopher Kaczor is Assistant Professor of Philosophy at Loyola Marymount University and the author of Proportionalism and the Natural Law Tradition (Catholic University of America Press, 2002).

The President of Gonzaga University, Jesuit Robert Spitzer, offers us perhaps the first comprehensive philosophy of the prolife movement in this book. Dubbed by one journalist as “Socrates in a Roman collar,” Spitzer’s well-known teaching ability is brought to paper in an ambitious look at how different positions on life issues, especially abortion and euthanasia, translate and reinforce various views of personhood, love, success, quality of life, and, most centrally, happiness.

The book distinguishes four levels of happiness. Happiness at level one is bodily pleasure, immediate and intense. Sexual activity, food, and drink give us level one happiness. However, Spitzer notes that level one happiness leads to a crisis because after some time boredom and a deep sense of meaninglessness set in. We are simply not satisfied with bodily pleasure alone. Spitzer could have added, with Plato, that bodily pleasures are subject to the law of diminishing returns. After gaining some experience, the drinker no longer feels any effect from one beer, but now requires six, and later will require ten. The addicting nature of bodily pleasure leads its devotees to a kind of enslavement. If we unwisely overfeed the part of our soul desirous of bodily pleasure, it will become a wild animal that will tyrannize us. The lesson of so many overdosed rock stars teaches us that this animal can kill.

So most people turn to happiness at level two. Although somewhat less immediate and intense, happiness at this level focuses on winning, power, popularity, fame, and/or money. Happiness consists in winning the comparison game: The more money (fame, popularity, power) we have, the happier we are — “He who dies with the most toys wins.” The “good life,” as most Americans understand it, means level two happiness.

In any comparison, we can win, lose, or draw. This leads to what Spitzer calls the crisis of the comparison game. The winners don’t ultimately win, but feel a certain emptiness: Is this all there is? As a result, some return to level one happiness, perhaps to extreme sports or drugs and alcohol to mask the emptiness. Other level two winners are forced into upping the stakes. But as the competition grows more intense at higher levels, the chances of losing increase. Fear grows, as does contempt for others.

What about those who lose the level two comparison game? They suffer, especially from depression. If winning is everything, and I’m a loser, I’m a nothing. Jealousy and anger build: I hate those winners; I’ll destroy them if I get half a chance; they aren’t that good anyway.

Perhaps then the best alternative is not to win too much and not to lose too much. Perhaps a draw or tie will bring happiness. Spitzer points out that even those in the middle of the pack lose the competition game. They suffer from a fear of losing, saying to themselves: At least I’m not at the very bottom, but I could be. I am just a shade above utter worthlessness and could fall at any time.

How does Spitzer propose to free us from these difficulties? He wants us to remove the “only” from our thinking. We should not seek only pleasure or only winning. Competition is not bad, but exclusive focus on competition to the exclusion of all other realities is. Nor is bodily pleasure bad, save when it excludes all other goals and becomes all consuming. We cannot “turn off” level one or two desires, but must add to them a level three and level four perspective. What are these perspectives?

A level three perspective focuses on serving others. It is a less immediate and intense form of happiness than level one or level two, but it is more lasting. Operating at level three are those who are driven to make a difference for the good in the world, whatever their station in life. Common cause with others replaces cutthroat competition. Rather than viewing others as a means to our personal pleasure or competitive advantage, others are recognized as intrinsically valuable. Life ceases to be a problem and becomes an adventure and a quest.

Finally, there is the level four perspective. The least immediate but most lasting form of happiness, level four takes what is good in level three and adds a transcendent dimension. Although level three satisfies us much more effectively than level one or two, even it does not satisfy the restless heart. Our efforts at making the world a better place often fail. Those whom we try to help often do not really appreciate our efforts. We experience ourselves too often as not attaining our goals. Even if we reach these goals, we are still not perfectly satisfied, for we want not a love that passes away but a Love everlasting. We want a beauty that cannot fade and a truth not mixed with any element of falsity. We want a life that does not weaken and fail. We want pure Life, pure Truth, pure Beauty, and pure Love. For those readers with faith, Spitzer explains how to cultivate this relationship with the Infinitely Pure Being most of us call God.

Now, how does all this relate to the prolife cause? Spitzer’s genius lies in showing, in so many ways, the links between one’s chosen “level of happiness” and one’s view of the contentious life issues. This can be most clearly illustrated when considering personhood. People operating at a level one or two perspective view others (and even themselves) as having “functional value.” That is to say, the importance of others is not intrinsic, but instrumental. So a person on level one might value others only insofar as these persons help him get bodily pleasure. If the other person does not, or even goes so far as to interfere with pleasure, then that person must be dispatched — through abortion or euthanasia or malignant neglect. At level two, we value persons (including ourselves) insofar as they are sufficiently intelligent, independent, or useful. Of course, a developing human being in utero and often the elderly are unintelligent, dependent, and burdensome. These human beings, therefore, are considered as lacking “personhood.” At levels three and four, all persons have intrinsic value, for one’s value arises from what one is, one’s “nature” as Aristotle called it, rather than from how one performs at any given moment. Human beings have, not functional but ontological value.

The legalization and widespread use of abortion in our society biases the culture in favor of a level one/two perspective on life. In turn, the level one/two perspective creates and reinforces a “pro-choice” view on both abortion and euthanasia. Our philosophy leads to action and our action changes our philosophy, either for good or ill. One of the great merits of Spitzer’s book (among many) is that it shows the practical importance of one’s philosophy and the philosophical importance of various practices.

I hope that in future editions Spitzer beefs up the section treating happiness in level one. He would also do well to engage more directly the arguments given by various advocates of abortion, including Judith Jarvis Thomson, who do not deny the personhood of the unborn but defend abortion nevertheless. Likewise, it would be good to offer some defense of the important difference between “active” and “passive” euthanasia.

However, these ways in which the project could be developed do not overshadow the great importance of this book. Last semester I used Healing the Culture in a course called “Matters of Life and Death,” treating abortion, euthanasia, capital punishment, cloning, just war, and the use of nuclear weapons. The response from the students to Spitzer’s work was tremendously favorable. It was, for many of them, a truly life-changing experience, with several students returning to the sacraments for the first time in years. Healing the Culture has already begun to heal the culture.

How Small Is Too Small?

Rumaisa and Hiba are the world’s smallest surviving twins. Born in 2004, Rumaisa set a…