Volume > Issue > The Origins of the French "Jihad of Proximity"

The Origins of the French “Jihad of Proximity” 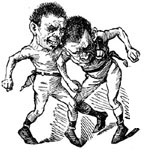 Terror in France: The Rise of Jihad in the West

David Pinault is the Director of Santa Clara University's program in Arabic, Islamic, and Middle Eastern Studies. His latest book is the novel Museum of Seraphs in Torment.

Reading Terror in France brought back memories. In the early 1970s I made a hand-to-mouth living playing music in a restaurant on the coast of Normandy. The guitarist I performed with was an Algerian Muslim from Paris. One night between sets, somehow the topic of prayer came up, and I asked him what his mosque in Paris was like. He laughed and said he never went; mosques were just all-but-empty places where a few old men sat about.

Not anymore. As Gilles Kepel reports, these days mosques from Paris to Toulouse are often occupied beyond capacity for Friday worship, so that nearby streets and even supermarket parking lots are filled with rows of men doing their prostrations in prayer. This phenomenon — often decried by National Front leader Marine Le Pen — is an example of what Kepel calls an “irrepressible marker of identity” in the banlieues, the impoverished and largely Muslim neighborhoods on the periphery of many French cities.

Terror in France is the product of numerous face-to-face interviews in such neighborhoods, combined with a careful study of Islamist websites and the ideological texts that have inspired the latest generation of Muslim jihadists. I’ll read anything by Kepel I can get my hands on; he’s by far Europe’s greatest Orientalist. (Despite the use of this word as a slur by the Edward Said crowd, I mean it as a compliment; an Orientalist is simply a scholar of Islam who happens to be non-Muslim, a member of a centuries-old discipline that combines language study with textual exegesis and on-the-ground observation of cultures from northwest Africa to southeast Asia.)

Kepel is an outspoken defender of laïcité, the version of secularism sponsored by the French government, whereby all forms of religion are excluded from the public sphere, and he has been the target of death threats by adherents of the Islamic State (ISIS). New York Times correspondent Robert Worth has reported on Kepel’s visits to Villepinte prison in northern France, where he engages in debates on Islam with imprisoned members of ISIS. Such debates draw crowds of Muslim onlookers; in a country where eight percent of the population is Islamic, fully half the penitentiary inmates nationwide are Muslim. Terror in France describes French prisons as “incubators” where young Muslim convicts, doing time for robbery, assault, or drug dealing, are indoctrinated by hardened terrorists so that their unfocused anger is channeled into a vocation of Islamist violence. In his debates with ISIS spokesmen, Kepel challenges their scriptural interpretations, quoting the Qur’an in fluent Arabic and inviting listeners to consider less destructive ways of being Muslim.

Kepel’s book is thick with details of the year-by-year growth of militant Islam in Département Quatre-Vingt-Treize (“District 93,” the Seine-Saint Denis region) and other localities in metropolitan France, where Muslim immigrants have settled over the past 60 years. Kepel assumes that his audience is well acquainted with recent French history and politics — something many American readers may find unfamiliar. (The subtitle of the English-language translation of this book, The Rise of Jihad in the West, is a bit misleading; the original French edition is more precise: Genèse du djihad français — “The Origin of French Jihad.”)

Nonetheless, readers who persevere will find this book well worth the effort. Kepel outlines the “three waves of jihad” that have characterized militant Islam over the past several decades. The first arose in the 1980s and 1990s and ranged from Afghanistan and Algeria to Bosnia and Egypt. It entailed all-out war that engulfed entire populations. Ultimately, it failed because of the indiscriminate way the mujahideen killed civilians and combatants alike. The result: Militants couldn’t get the support from local Muslims they needed to install Sharia government.

Kepel’s summary tallies here with my own experience of Egypt in the 1990s. I visited the Valley of the Kings shortly after al-Gama’ah al-Islamiyah, the “Islamic Group,” led by Ayman al-Zawahiri (of later al-Qaeda notoriety), massacred several Egyptians and dozens of foreign tourists at Queen Hatshepsut’s temple. The local Muslims I interviewed in the aftermath complained how this terror-strike had crippled Egypt’s tourism industry. Jobs vanished for thousands of tour guides and souvenir sellers.

What Kepel calls second-wave jihadism was led by al-Qaeda and targeted American interests worldwide. It featured top-down organization, agents recruited directly from Middle Eastern countries, and meticulously planned operations that required months (if not years) of preparation. This second wave crested with the 9/11 terrorist attacks.

Kepel alerts us to the features that make jihadism’s third wave, which we face today, so different from what has gone before. Rather than use militants from abroad, groups like ISIS recruit locally born French Muslims for what Kepel calls “a jihadism of proximity, based on a network-based system penetrating the enemy societies to be overthrown from the bottom up rather than from the top down.” He identifies the factors that make young Muslims vulnerable in the banlieues: high unemployment, lingering discrimination linked to the bitter legacy of French-colonial Algeria, and a complete break in worldview between today’s Muslim youths and the hard-scrabble older generation of North African immigrants who worked diligently to build a new life for themselves in France.

Compounding the problem are the many Salafist missionaries, now established throughout France, who are lavishly funded by sources in Saudi Arabia and the Gulf. Their message is one of l’Islam integral, an all-encompassing form of the faith. Listeners are told they have only one identity, as Muslims, and only one loyalty, to the ummah, the worldwide community of believers originally founded by the prophet Muhammad. Militant Salafist preaching in France rejects the notion of Muslim integration into French society and despises Christians, Jews, and secular Muslims alike as kuffar, infidels against whom one should wage jihad.

The force-multiplier for this message is, of course, the Internet. Anyone who feels estranged from the laïcité of contemporary France can retreat into the world of social media, where ISIS stands ready to befriend those who are astray. What’s startling is how many Français de souche (native-born, non-Muslim French citizens) are attracted to such preaching. A disproportionately high number — 30 percent or more — of ISIS adherents who have flocked to the Syrian-Iraqi caliphate are recent converts to Islam.

Why the attraction? Eric Hoffer nailed this phenomenon years ago in his profile of “the true believer” — individuals full of unfocused energy but adrift and hungry for meaning, eager to give themselves to an all-encompassing cause, an impulse that at heart is profoundly religious. Hence the occasional occurrence of skinheads turning to Islam. I recently saw on the Stormfront website a lengthy statement posted by a Muslim proselytizer inviting neo-Nazis to join the religion of Allah. The response thread showed that most white-nationalist readers found the idea highly unappealing, but the arguments used by the preacher suggest a stratagem to tap a vein of anger at a consumerist society in which many individuals feel lost.

To get an idea of what attracts young people to ISIS, watch the YouTube video of a 17-year-old Australian who recently pledged allegiance to the caliphate. Surrounded by a frowning, bearded throng of black-clad men with guns, he shouts, Takbir! (the cry that summons Muslims to declare the greatness of Allah). Instantly, his new friends all bellow, Allahu akbar! Where else can a teen get such a rush of violent power? In today’s culture of competitive identity politics, embracing Islam is a fast-track way of going from the plain-vanilla dullness of “white privilege” to the thrilling and coveted status of aggrieved and irascible victim.

Kepel doesn’t linger on the following point, but his profiles of ISIS converts indicate that many come from thoroughly unchurched backgrounds in what he calls a “de-Christianized” Europe. Which brings us to the question: What insights can American Christian readers take from Terror in France? The situation of Muslims in the U.S. is, thankfully, vastly different from what Kepel documents in France. Compared with French Muslims, their American co-religionists are more affluent, better educated, and far more closely integrated into American society. Although the threat of Islamic terror is always there — as attested by the Boston Marathon bombing, and the San Bernardino, Orlando, and Fort Hood shootings — the level of lethal alienation among Muslims in the U.S. is nowhere near as high as it is in France.

What concerns me more is da’wah: proselytizing by Muslim evangelists here in the States. Like Christianity, Islam is a missionary faith. As a Catholic who teaches college courses on Islam, I’m reminded of this every time I take my students on field trips to local mosques. I know from in-class surveys that most of my undergrads are from nominally Christian families but lack more than the vaguest sense of what Christian faith and life are about.

When they witness Friday mosque prayer, many are dazzled — and attracted — by the spectacle of worshipers packed shoulder-to-shoulder and prostrating in unison. In conversations after our visits, their comments reveal that their mosque trip is the first time they’ve sensed the deep satisfaction that can come from the collective performance of a religious ritual. So unchurched, so unfamiliar with their own tradition are these students that, by their own account, many have never attended a Mass.

What this says to me is that the American Catholic community needs to do much more to re-evangelize young Christians. If we don’t attend to their hunger, others most certainly will.

The U.S.S. Cole: Who Are The Real Cowards?

When American servicemen die at the hands of our political enemies, patriotic fervor swells to jingoism.

Obscurity doesn't necessarily connote profundity, either. Nor does simplicity, of course, but at least it will be understood.