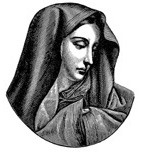 By Dwight Longenecker and David Gustafson

Since the end of the Second Vatican Council, the Church has devoted much time and resources to ecumenism. And although the Council’s Decree on Ecumenism makes it clear that ecumenism is simply a new strategy for bringing about an old objective, namely, “the reconciliation of all Christians in unity of the one and only Church of Christ” (#24), most professional ecumenists do not appear to approach their task in this spirit. Instead, they seem to think that their job is to create and sign statements endlessly with various separated Orthodox churches or Protestant sects, which supposedly reflect a doctrinal harmony between their teaching and the teaching of the Catholic Church. So although ecumenism, at least as contained in the Council’s own documents, presents entirely orthodox ends, as carried out in practice it seems to have been up to now largely a failure. Nevertheless, the return of all Christians to the true Church is of the utmost importance. But there are other, venerable ways of going about this, one of which is the method of the disputation or debate. This is something in which Catholics have participated since at least the age of the Fathers of the Church, and in which even our Lord Himself on occasion engaged (Mt. 22:41-46). The debate, whether conducted by writing or in person, is simply a rational discussion or presentation of both sides of a religious controversy, beginning from whatever shared premises might exist. Protestant evangelicals have made use of rational arguments, and with powerful results. For even though many people might not make their decisions based on reason alone, if the Catholic Church does not seem able to rationally justify her beliefs, few are likely to turn to her. Thus St. Peter told us: “Be ready always with an answer to everyone who asks a reason for the hope that is in you” (1 Pet. 3:15).

The volume at hand is precisely such a debate on the status of our Blessed Lady. Dwight Longenecker, a Catholic, and David Gustafson, an evangelical Episcopalian, both former classmates at Bob Jones University, engage in what the book terms a “friendly debate.” They debate such topics as what Scripture says about Mary, her perpetual virginity, St. Maximilian Kolbe’s teaching on Mary as Spouse of the Holy Spirit, Mary’s Immaculate Conception and Assumption, her apparitions in the life of the Church, intercessory prayer to and veneration of our Lady (with an entire chapter on the Rosary), and even the question of Mary as Co-Redemptrix, Mediatrix, and Advocate. Each chapter concludes with questions for “reflection, study and discussion,” making the book easy to use for discussion or study groups.

In each chapter, Gustafson, the evangelical Protestant, generally brings up objections to Catholic teaching about the Blessed Virgin and to her cult in the Church. Gustafson is far from hostile to either the Catholic Church or the Mother of God. He often acknowledges the failings of contemporary Protestantism and recognizes that even such founders of Protestantism as Martin Luther practiced veneration of our Lady and called her Immaculate Conception a “sweet and pious belief.” On all the disputed points, however, he retains his basically Protestant outlook, and sees devotion to the Mother of God as distracting from the worship due to God alone, and something which could even lead to idolatry.

Longenecker, the Catholic, is especially good at citing texts from the Fathers in praise of Mary, and thus showing that the Church’s doctrine and praxis regarding her are not some medieval accretion but are present in the writings of those same Fathers who defended and defined the fundamental dogmas of the Faith, such as the Trinity or the two natures of Jesus Christ. Since Gustafson, unlike many Evangelicals, recognizes the importance of the Fathers, he is forced likewise to recognize that on the question of our Lady he is not in harmony with the practice of the early Church.

Several times Longenecker makes the point that Protestants often experience a “cultural shock” when reading Catholic devotional language about Mary or watching Catholics pay homage to the Mother of God. It is not just that the doctrine is alien, but that non-Catholics have always been taught to regard prayer before images of Mary or processions and hymns in her honor as idolatrous. If a Protestant has to come to understand that Catholic doctrine about Mary is by no means contrary to Scripture, it may still take some time for him to be comfortable taking part in some of the manifestations of Marian piety that enrich the life of the Church.

In general, Longenecker does a good job of defending Catholic teaching regarding our Lady. On occasion he concedes more than he needs, such as his statement about a passage of Mary from one of Pius IX’s encyclicals that “I wish he hadn’t put it that way.” But he never backs down on any of the Church’s defined dogmas about our Lady, just as Gustafson defends to the end an essentially Protestant viewpoint on nearly every major point of controversy.

This brings up two final questions which are related to each other. How valuable is the method that Gustafson and Longenecker use in this book? And, secondly, for whom is this book useful? Debates about particular articles of Catholic belief, such as the dogmas concerning our Lady, grace and justification, the infallibility of the pope, or many other topics, have their value, but in a sense must be subordinated to the most important topic dividing Christians, the question of authority. Thus, the fundamental reason that Catholics believe the Church’s dogmas about Mary is that the Church teaches them infallibly. To approach each disputed point piecemeal is chiefly valuable in clearing the ground for a consideration of the main question. Thus, a Protestant who is convinced that the Catholic Faith is contrary to the biblical revelation can profit by being shown that Holy Scripture, where it does not explicitly teach Catholic doctrine, always at least points toward it or assumes it. But at some point such a prospective convert will have to cease examining each point of doctrine separately, confront the issue of authority, and simply assent to “all that the Catholic Church believes and teaches.” This kind of assent is required for Catholic orthodoxy.

Who is the proper audience for this book? Certainly all Catholics engaged in apologetics or ecumenical work can profit by it, especially by learning the objections that Protestants have regarding Catholic teaching on Mary. Protestants who are aware of the importance of the Fathers could also profit by it, since the many quotations from the Fathers that Longenecker provides are a powerful witness to the Marian beliefs and piety of the early Church. I am less certain that such a book should be placed indiscriminately in the hands of any Catholic, since, despite Longenecker’s generally forceful defense of the Church’s teaching, this volume could foster, in some cases, an unhealthy piecemeal examination of dogmas in isolation, rather than simply a repose in the fullness of Catholic teaching. Thus, Longenecker could have highlighted more the fact that Catholics accept the Marian dogmas because they first accept the authority of the Church. Although, in the chapter dealing with the Assumption, Longenecker does say that “the question of authority…has really been lurking behind our whole discussion,” he does not stress that point. But it is one of the strongest and most easily argued parts of a Catholic apologetic. For prior to the question of specific dogmas looms the question of where lies the authority on faith and morals for a Christian. And here we have the clearest signposts pointing us to Rome, and thus to what Rome teaches. For as St. Irenaeus, who had known St. Polycarp, who in turn had been a disciple of St. John the Apostle, wrote: “For this church [i.e., Rome] has a position of leadership and authority; and therefore…the faithful everywhere must needs agree with the church at Rome; for in her the apostolic tradition has ever been preserved…” (Adversus Haereses, iii, I).

All but the last two mysteries of the Rosary are taken directly from Scripture, and even the Assumption and Coronation are “veiled” there in the Prophets.

Betrayal or Integrity? The Choice Is Yours

On an everyday basis, we are provided the opportunity to betray or be sincere, to act with uprightness or to do violence to the innocent.