Volume > Issue > Beware of Thomas Groome or Anything Associated With Him 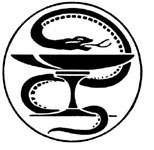 Beware of Thomas Groome or Anything Associated With Him

In these decades of crisis in the Catholic Church in America, we must be on guard to threats to our children’s faith. However, those threats are not always easily recognized, and the average Catholic frequently overlooks what is possibly the most dangerous one: your parish CCD program.

Many recognize that there has been a crisis of catechesis for the past thirty years or so. According to the oft-cited Gallup Poll, the majority of American Catholics either cannot identify Catholic teaching on the Eucharist or do not believe it. Catholics cohabit, contracept, sterilize, abort, divorce, and support same-sex “marriages” at about the same rate as the population at large, indicating a large-scale rejection or ignorance of the Church’s moral teachings. And as many commentators have aptly pointed out, the Catechism of the Catholic Church received a cool reception among the catechetical elite of the U.S.

Numerous publishers of Catholic religious education materials, however, now claim to be developing programs in response to the Catechism. These materials usually have a statement in the front indicating that the program has been found by a committee of the United States Conference of Catholic Bishops (USCCB) to be in conformity with the Catechism. Concerned parents looking over the programs will often be hard-pressed to find blatant doctrinal errors, though there is often a lopsided emphasis on social justice and environmental concerns, and the truths of the Faith aren’t always presented in the most convincing fashion.

So far, this doesn’t sound so bad. Not the strongest presentation of the Faith perhaps, but nothing to get excited about, right? Wrong. One of the most significant problems with many of the CCD programs is the way in which the teachings are presented. They actually appear to be designed to reduce the chances that our children will accept the teachings of the Church.

Arguably the single most influential person in Catholic religious education circles in the U.S. today is Thomas H. Groome. He is a laicized priest and professor of theology and religious education at Boston College, and a prominent theorist and writer in the field of religious education. His writings have appeared in the USCCB’s catechetical journal, The Living Light, and he is a frequent speaker and honoree at religious education conferences. The National Catholic Educational Association offers workshops for catechetical leaders developed from a text of which Groome is one of two editors. Groome is a consultant for William H. Sadlier Inc., a major publisher of catechetical materials used in every diocese in the U.S. He is the primary author of two of Sadlier’s K-8 programs for Catholic children: Coming to Faith and God With Us. His books include Educating for Life: A Spiritual Vision for Every Teacher and Parent, and Sharing Faith: A Comprehensive Approach to Religious Education and Pastoral Ministry. The latter provides a detailed explanation of his methodology for religious education, which he calls “shared Christian praxis.”

Recovering the Lost Tools of Learning

Classical education fosters the patient acquisition of the perennial arts of learning rather than the rapid accumulation of 'relevant' knowledge.