Volume > Issue > Why Is There Evil in the World? 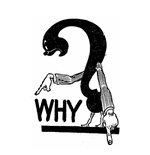 By Arthur C. Sippo | December 2009
Arthur C. Sippo is a physician and specialist in aerospace medicine who has written and lectured as a Catholic apologist for over 30 years. He writes from southern Illinois.

The problem of evil has puzzled mankind from the earliest of times. It is an apparently insoluble conundrum: If God is both all-good and all-powerful, He should have both the motive and the ability to exclude evil from His creation. But evil is here  it is pervasive and oppressive throughout our world. Not only do we have moral evil wrought by responsible agents such as humans and angels, but also natural evils like earthquakes, tsunamis, and hurricanes that “just happen” and are often dismissed as “acts of God.” Why doesn’t God do something to stop it all?

Some modern commentators have opined that the solution to this dilemma is to change the way we think about God. Maybe God is not powerful enough to extirpate evil. Maybe even He must battle against the dark side of existence. Or perhaps God Himself has a “dark side” in His nature.

Some infidels have used the existence of evil as an argument against the existence of God. Atheists gleefully declare that in a world made by a morally upright God, evil could not possibly exist. They therefore feel justified in asserting that there is no God and no moral standards other than the ones we make for ourselves.

Frankly, all of this confusion, complaining, and specious posturing is unnecessary. There is no “problem” of evil. The answer to this dilemma cannot come to us from philosophy or pure reasoning  but it has been revealed to us in the Bible, and a quick perusal of the Scriptures can answer these objections definitively.

A number of medical conditions over the centuries have been confused with demonic assaults, but the Church has not ceased to recognize the exceptions.