Volume > Issue > The New Rite of Exorcism: A Potent Weapon Is Weakened 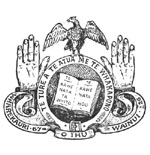 The New Rite of Exorcism: A Potent Weapon Is Weakened

By Thomas J. Euteneuer | April 2010
The Rev. Thomas J. Euteneuer is president of Virginia-based Human Life International, which has affiliates and partners in 87 countries around the world. A trained exorcist, Fr. Euteneuer has been authorized to perform the ancient rite in several dioceses in the U.S.

The Catholic Church has a gift that no other church, Christian or otherwise, can even imagine having — namely, a written exorcism ritual. This little book makes the Devil shake in his boots! As one who uses the ritual, I know how much of a tour de force it is against the power of evil. That being said, the exorcism ritual is not what it was in its glory days.

Although the Second Vatican Council authorized the revision of all liturgical books, it is hard to believe that the Council envisioned the radical changes made to such an important weapon of the Church militant as the 1614 exorcism ritual, known as De exorcizandis obsessis a dae­monio (“On Exorcising Those Obsessed by a Demon”). Its 1999 revision is titled De exorcismis et supplicationibus quibusdam (“On Exorcisms and Other Supplications”). Even the change in title signals a change in focus: The 1614 ritual is about freeing those obsessed by demons; the 1999 revision is about prayers and supplications. I am sure the Devil is happy to have the focus diverted from breaking his power to pious prayers.

I do not say this for effect. I say it because it is true. It appears as if someone took a knife to the old ritual and then, when all the pieces were cut up and lying in a pile, discarded some and cobbled the rest together in a new order and called it a “revision.” It is no surprise, as Fr. Gabriele Amorth noted in his 1999 book An Exorcist Tells His Story, that the revision was conducted without the input of a single practicing exorcist.

Before proceeding to some specifics, it is important to mention something fundamental to the discussion of any liturgical document: Liturgical texts are the Church’s texts, and as bad as their revisions may be, they still have spiritual power because they are the official prayers of the Church. Objectively speaking, they exercise a spiritual power that no individual has.

In our "fallen" world it is often easier to commit sin than to practice virtue, and self-indulgence is more attractive than self-denial.