Volume > Issue > Why I Still Believe 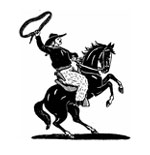 Why I Still Believe

By Larry A. Carstens | May 2007
Larry A. Carstens, who is listed in the 2005-2006 edition of  Who's Who Among American Teachers, teaches English in a public high school and community college in the Los Angeles area.

It has now been a few months since my mother died from cancer. Besides the grief over her loss, the emotional desolation, and the sense that the world contains less beauty, less laughter, and less love than when she was alive, the way her death has affected me most deeply has been in regard to my faith in God. As a cradle Catholic who has been a devout and church-going believer for all of my 41 years, I don’t recall having been attacked by doubts in God’s existence as much as I have been in the time since my mother passed away. I have a good friend who recovered from terminal cancer in 1993 and is still alive today. I fervently hoped that the herbal medicine he used, in combination with prayer and a positive attitude, would save my mother from death at 74, and allow her to live into her 80s or 90s. But it did not.

I attribute the doubts that have besieged me to the influence of the demonic, and, perhaps, my own emotions temporarily holding sway over reason. But even as my heart feels as if God were not there, my head continues to find its way back to Him. I cannot escape the conviction that He lives and is the ultimate Truth of the universe, even if some of the most intelligent and ethical people I know do not believe in Him. In The Screwtape Letters, C.S. Lewis, a former atheist, has the elder devil say: “Our cause is never more in danger than when a human, no longer desiring, but still intending, to do our Enemy’s will, looks round upon a universe from which every trace of Him seems to have vanished, and asks why he has been forsaken, and still obeys.” This passage has come home to me with great frequency in these trying times.

Recently, I told my father, who has been an atheist since before I was born, and still is, that I have seen religion and religious people through the eyes of disbelief. I have asked myself what if all religion were a grand lie, a massive deception that has been passed on from generation to generation for thousands of years? What if all the people who were praying, sacrificing, and attending Mass were wasting their time? What if there were no afterlife and this life all there is? After all, we believe that plants and animals are completely finished at death; what if it were true for us as well? Such a large number of things seem random and “unattended,” from my mother’s passing and the suffering of children to the animals killed on the highways.

And what of You, Lord Jesus Christ? I must confess that I have actively avoided thinking about You since my mother’s death. What if You were just another good but deluded man who had visions and touched many people, but were ultimately abandoned by the Father? Or worse still, served a Father who was merely a figment of Your imagination? When I put these questions down “on paper,” they seem to lose their power and force, yet they are vicious in moments of anguish and desolation.

The ten things you can't say in America

Liberalism is pop culture, and pop culture is liberalism. It flows out in a torrent from the amps of the tattooed crooners of our woe-befallen land.