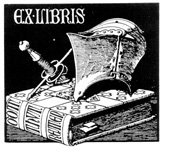 We get many, many letters intent on defending the U.S. invasion of Iraq — by far the most letters on any topic. We do find this odd. Obviously, we can’t print all of them, but if we only print a smattering of them, people will think we can’t defend ourselves. And when we reply, we realize that it irritates many of our readers.

So here is another one from Peter Skurkiss of Stow, Ohio:

George Weigel, writing in First Things (Aug./Sept. 2006), poses an interesting question. He asks, “that John Paul II for all his manifest opposition to the use of military force [in Iraq] in March 2003, never used the word unjust to describe what subsequently unfolded. Why?”

Weigel speculates that JPII must have believed that “the final responsibility for making a moral assessment of the situation through the prism of just-war thinking lay with the relevant public authorities,” which in this case was George W. Bush and the U.S. Congress — not the United Nations or the editors of the NOR.

And the thought that the war in Iraq is not unjust gets additional credence when Weigel notes that he shared private time dialoguing with JPII after the start of the war and during that time, and the Pope never once admonished or challenged Weigel for his writing that claimed the war was not “unjust.” How much private time have the editors of the NOR spent with JPII to learn his thinking? None.

As to Pope Benedict XVI, his comment that “the concept of preventative war does not appear in the Catechism” is hardly proof that he thinks the war is unjust. There are a lot of things that aren’t in the Catechism.

Neocons appear to have suffered a full-fledged rout in the November, 2006 elections. But they've faced the political wilderness before and survived.

Can You Be Two-Thirds Free & One-Third Slave?

Let us be clear about what we Catholics have voluntarily given up.

Will Modernity Mean the End of Catholicism?

The Church is now seen in the eyes of the modern world as a major impediment to the ascendancy of a culture completely based on human rights.