Volume > Issue > Why I Am a Feminist 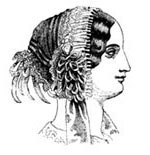 Why I Am a Feminist

ON A WOMAN'S RIGHT TO BE A WOMAN

By Cormac Burke | October 2013
Msgr. Cormac Burke, a priest of the Opus Dei Prelature, is a former civil lawyer who served as a judge in the Roman Rota, the high court of the Church, from 1986 to 1999. Upon retirement he returned to Africa to teach at Strathmore University in Nairobi, Kenya. A prolific author, he has published more than one hundred articles in the fields of marriage, Church law, and theology. His best-known books include Covenanted Happiness, The Lawless People of God?, and Man and Values. His latest book, Marriage: Theological Perspectives, is scheduled for release later this year by The Catholic University of America Press. His website, www.cormacburke.or.ke, lists practically all his publications. This article is adapted from a presentation he gave at a conference co-sponsored by the Ethics & Public Policy Center and the Witherspoon Institute on March 8 in Washington, D.C.

Lest the title of this article cause confusion, let me begin by emphasizing that I am a feminist. My life as a feminist started at about the age of five, when I first began to admire my mother. And my feminism increased as I came to appreciate my sisters. At the time, I could not define the elements of that appreciation; but I did realize that there was something different about women and girls, and somehow I admired that something.

Then I entered into my teens, and girls entered into my life in a new way, a way that changed, and to some extent disturbed, my incipient feminism. I heard part of my reaction expressed not long ago in a mentoring session with a 14-year-old boy. He was from a good family background with the distinctive note that his five siblings were all boys. As we were ending our chat, I sensed there was still something on his mind, so I asked him, “What is it?”

He looked at me, and solemnly enunciated, “Girls!”

Slightly amused, I asked him, “What about girls?”

He looked at me again and answered quite slowly, “They puzzle me.”

I gave him a few possible clues to the puzzle but didn’t really try or want to solve it. I had had the same experience myself and thought it a good start to a healthy sexual outlook.

When I was a teenager I lived in a residential area on the outskirts of my hometown in Ireland. Three or four large families, with six, seven, or eight children, lived close by. As a result, my social life was spent in the company of fifteen or twenty boys and girls all in the 15-18 age range. I admired the girls I knew, and now and then imagined I might eventually marry this one or that. I admired them — and I respected them. They made themselves respected. “Bad” thoughts were directed elsewhere. One would feel ashamed to allow a bad thought toward a girl who inspires respect. Modesty, which was then not an unbecoming term, especially on the part of these girls, made purity easier — though never easy. It drew out a noble impulse which helped so much. In another recent mentoring session with a 16-year-old boy, I described, a little more at length, the atmosphere of my teenage social life. When I had finished, he observed, “I wish I had grown up in your times.”

The Pope's vision of a "hybrid" Roman rite may be an altogether new Mass, a third form that blends the best of both the old Latin and new forms.

Where Tolerance Had Limits

We are talking now of summer evenings in a town on the New England coast,…

Demography Is Destiny: Babies Trump Bombs in the End

Osama bin Laden was the 17th born in his family. America has the bombs, but the Muslims have the babies. Military power can’t hold off people power.