Volume > Issue > Why Are So Few Priests Holy? 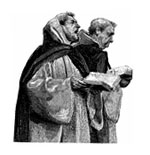 Why Are So Few Priests Holy?

A SERMON ON THE FEAST OF ST. JOHN VIANNEY

What young man would sacrifice his life to be thrown to obscure parts of the world, to areas where he has no one and no one has him, to set up a temporary home in which he alone will dwell? Why would a young man do something so wasteful with his life, subjecting himself to uncertainty and obscurity? He would not. From the outside, no man would make this offering, for it comes with little to no human benefits. He will have no family to call his own, no home or assets to speak of, nor any ability to plan his own future, as that is selected for him. Yet the young man who desires to respond to Christ, the young man who wants to sacrifice himself out of gratitude and love for the sacrifice our Blessed Lord the High Priest has offered, does so with joy. The difference? Love for the High Priest. There is no other reason to give oneself over to such a life.

The priesthood was born out of Christ’s love for His flock, seeing them harassed and abandoned, like sheep without a shepherd. Those first priests followed Christ simply to be near Him. The sacrifice involved was as nothing compared with the glory to be revealed.

Men desire to throw their lives at an adventure, and when the prize is the Person of Christ, there is no question of pitching your person in that direction — that is, for those who know and love Him.

Few know, and even fewer young men love, the High Priest, but look at the priesthood from the outside and have not the capacity to penetrate the black cloth to see what lies beneath: a union between Christ and a man which is substantial, which imparts a character on the man’s very soul, such that he is never again simply his own. Most young men cannot see in celibacy the summoning up of one’s energies to be employed in pursuit of the High Priest with an undivided heart. Celibacy breeds — or should breed — contemplation, which in itself begets more intense love. In other words, the purpose of celibacy is not to be more available to the laity (which no doubt is one positive effect), but rather to be available to the High Priest.

The Rough Edges of Socialism

Contemporary socialism of the democratic, Western European form hasn’t yet eliminated all its sharp edges.