Volume > Issue > When Death Is Our Physician 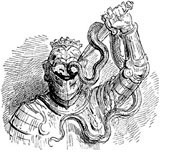 When Death Is Our Physician

THE TRUTH ABOUT THE ASSISTED-SUICIDE MOVEMENT

By Wesley J. Smith | December 1999
Wesley J. Smith, an attorney for the International Anti-Euthanasia Task Force, is the author of Forced Exit: The Slippery Slope From Assisted Suicide to Legalized Murder. His book The Culture of Death: The Destruction of Medical Ethics in America will be published in 2000 by Encounter Books.

It is hard to tell the truth about assisted suicide. Or rather, it’s hard to get people to listen. Folks generally are about as eager to delve into the issue of assisted suicide as they are to work out the details of their own funeral. It’s a delicate and unnerving subject, involving the ultimate issues of life: the reality of human mortality; fears about illness, disability, and old age; and the loss of loved ones to the dark, dank grave. Thus simply getting people to pay close attention to assisted suicide — to grapple with its threat — is often a challenging task.

This is even true of people who are religious or prolife, whose faith informs them that death isn’t the end but the beginning. In my work as an anti-euthanasia activist, I have often appeared in front of prolife and religious organizations to speak about assisted suicide. More often than not, event organizers tell me that the audience is one-half to two-thirds the size of their audiences for programs about abortion or some other issue of concern to these communities. This has happened so many times now that it is a clear pattern.

I don’t take the empty chairs personally. I understand the emotional dynamic at work. Life is difficult and worrisome enough without visiting the painful realm of assisted suicide. It is difficult, even for deeply religious people, to listen, to heed, and to care enough to become involved. But avoidance of the assisted-suicide issue is a luxury that those who believe in the infinite value of all human life can no longer afford, because battles over assisted suicide are being waged — and more battles planned — throughout the country. Tragically, one major battle has already been lost: Oregon legalized assisted suicide in 1994 and the law went into effect in September 1997. Today in the U.S. a small number of physicians participate actively in their patients’ suicide, and it is absolutely legal.

On the bright side, since 1997, when Oregon’s voters refused to repeal the state’s assisted-suicide law, a broad-based national coalition of diverse groups has formed to oppose the death agenda. Disability-rights activists, advocates for the poor, professional associations in medicine and law, and hospice organizations — all of which tend to be liberal and secular — have joined with Catholics and other religious people and traditional prolife activists to oppose medicalized killing. And this collaboration has borne fruit. Since 1994 five states (Maryland, Rhode Island, Louisiana, Iowa, and Michigan) have passed laws explicitly making assisted suicide a crime, while Virginia outlawed it as a civil wrong, subjecting anyone who assists in a suicide to civil litigation. In November 1998, Michigan’s voters rejected an initiative to legalize suicide by an overwhelming 71 to 29 percent. (That’s the same state that put the murderer Jack Kevorkian in prison where he belongs.) National public opinion polls that used to show consistent popular support for assisted suicide in the 70 percent range now generally show support in the mid-to-high 50th percentile. Still, the death tide is powerful and must be contained and further reversed.

The most effective weapons in the pro-assisted-suicide arsenal are fear-mongering, distortion, euphemism, half-truths, and lies, all deployed to the drumbeat of “choice.” False arguments are gladly spread by the contemporary media, which avoid depth and context, preferring 30-second sound bites, tabloidism, and soap-opera shallowness. The best defense against this propaganda onslaught is to be constantly about the business of spreading truth. After six years in the moral struggle against the medical culture of death, I can state confidently that the more people learn about assisted suicide, the less they support it. The key to victory, then, is education, education, education.