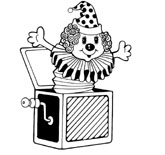 By Michael McBride | July/August 2006
Michael McBride is retired after 25 years of teaching religion at the elementary and high school levels. He currently volunteers at The Life Center of New York, a crisis pregnancy center in Brooklyn. This article has been adapted from a letter he wrote to the Superintendent of Schools of the diocese in which he taught.

As promised, I have gathered together my thoughts on Catholic religious instruction in the schools of the Diocese. Probably much of what I have to say has already been anticipated by your Office and you may find nothing new here. Some of what I will say stands outside (strictly speaking) the Office of Superintendent of Schools. Over these points, you would have no direct control; however, I’m sure you could pass these thoughts along to those who do have responsibility in these areas, if you deem them important enough.

It seems to me that the upgrading of religious instruction in our schools ought not to proceed in isolation from the other aspects of Church life in our Diocese. Rather, it ought to be part of an overall diocesan effort in evangelization on all levels. If evangelization is limited strictly to the upgrading of religious instruction in the elementary schools, I don’t see it as having much of an impact, in either the short or the long term. There has to be an overall increase in knowledge of the Catholic religion among all age groups in the Diocese, in particular as concerns the Sacraments of the Holy Eucharist and Reconciliation. This ought to be coupled, at the same time, with a renewal of devotional practices, especially those that honor the Holy Eucharist.

Over the past few years, I’ve heard from several people that some of the instructors or professors who teach at Huntington leave a great deal to be desired. The complaint generally has been that some of them, at least, are not teaching “what the Church teaches,” or that some of what they’re teaching is “off the wall.” During the past Holy Week, I went on a retreat to the former Vincentian seminary in Pennsylvania, along with two friends of mine. Presently it’s called Mary Immaculate Center. During the school months it’s used to provide seminarians with a “spiritual year apart,” prior to studying theology in the fall. Though it’s under the auspices of the Philadelphia Archdiocese, and many of the seminarians are from that Archdiocese, some are from other dioceses in Pennsylvania, Nebraska, and New York. I was given to understand that the number of different dioceses availing themselves of this program has been increasing from year to year. Several seminarians I met were from the New York area and were studying at Dunwoodie, while their home diocese is Brooklyn. When I asked them why they weren’t studying at Huntington, they informed us that they couldn’t deal with some of the strange ideas being taught there by some instructors who didn’t seem to be in line with “what the Church teaches.” Rather than expose themselves to these teachings, they chose to pursue their seminary training at Dunwoodie. It would seem to me, then, that one area that needs looking into is the training of our “priests to be,” to make sure that they are being taught “what the Church teaches” by teachers who believe “what the Church teaches.”

Moving Beyond the 'Yellow Armadillo'

While many Church officials and patrons are still intent on erecting ugly novelty churches, some architects are taking a different approach.

State licensing and certification lend legitimacy to “experts” but, as the Teacher from Nazareth remarked, by their fruits ye shall know them.