Volume > Issue > What Does the Anglican Patrimony Have to Offer the Church? 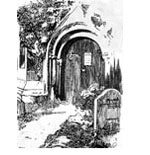 RE-APPROPRIATING THE SUBJECTIVE WITH THE OBJECTIVE

November 2014 marked the fifth anniversary of the promulgation of Pope Benedict XVI’s apostolic constitution Anglicanorum Coetibus, which established personal ordinariates for Anglican converts to Roman Catholicism “so as to maintain the liturgical, spiritual and pastoral traditions of the Anglican Communion within the Catholic Church, as a precious gift…and as a treasure to be shared.” Anglicanorum Coetibus was not greeted with universal applause among former Anglicans already in communion with Rome, at least not among those of my acquaintance. These converts, who had left Anglicanism for what they had come to believe was the true Church, and who had been attending ordinary Novus Ordo parishes, sometimes for decades, wondered what substantial patrimony Anglicans could bring into the Church. To be sure, Anglicans have (or used to have) splendid liturgies, and their church music was incomparable, at least into the middle decades of the past century. But what do Anglicans have to give to the Church that is not of common inheritance from the pre-Reformation centuries or simply Protestant heresy?

A number of writers has tried to answer this question by taking an inventory of the strong and attractive characteristics of the Anglican heritage — for example, the Book of Common Prayer, the King James Bible, theologians like Richard Hooker and Jeremy Taylor, poets like John Donne and George Herbert, not to mention moderns like C.S. Lewis and T.S. Eliot. This method is useful, if only because it sets us thinking about what Anglicanism really is; but it does not arrive at the essence of Anglicanism.

The answer lies instead in the origins of Anglicanism at the beginning of modernity. Modernity came into being by means of a re-appropriation of the theology of St. Augustine. Modernity resulted from a recoiling inward of the rational soul from sacramental and natural hierarchies toward Christ, whom Augustine considered the Teacher at the apex of every single human mind. In their debate on free will, Martin Luther seemed to convict Desiderius Erasmus on precisely this point of the inward experience of Christ, of the inward assurance of one’s election by Christ. In an analogous way, René Descartes largely abandoned Scholasticism in order to ground reality in an inward, subjective certitude of the existence of the self and the self’s Creator. Thus, as Dr. Wayne J. Hankey has argued, modern subjectivity is essentially Augustinian in that it assumes unmediated access to God.

In this mental tempest, in this spiritual ferment, Anglicanism was born. While recent research has demonstrated that the majority of sixteenth-century Englishmen — clerical and lay, noble and common — were content with the liturgical and devotional practices they had inherited from the Middle Ages, royal policy and reformed theology made common cause and transformed the religion of the country at first institutionally and then finally in the hearts of the people. Thus, three hundred years later, John Henry Cardinal Newman could observe that the English were native Protestants — that is, deeply opposed to the claims made by the Roman Catholic Church for the objectivity of her sacraments and hierarchy, as well as the demand made by the hierarchy upon the lower clergy and laity for docile obedience.