Volume > Issue > To Die from Having Lived 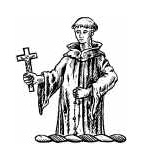 By Mitchell Kalpakgian | September 2017
Mitchell Kalpakgian, a Contributing Editor of the NOR, who has been a visiting professor of literature at Thomas More College of Liberal Arts and Northeast Catholic College, teaches at Mount Royal Academy in Sunapee, New Hampshire. He is the author of numerous books, including The Marvellous in Fielding's Novels, The Mysteries of Life in Children's Literature, and The Virtues We Need Again: 21 Life Lessons from the Great Books of the West. His newest book, The Virtues That Build Us Up, is now available from Crossroad Publishing. (www.crossroadpublishing.com).

So often in life, a person wonders if doing good is worth the effort, sacrifice, or suffering it often demands. Our good deeds might go unrewarded or unappreciated or sometimes not even acknowledged. The words of Solomon capture the futility that often accompanies good works: “Vanity of vanities, says the Preacher, vanity of vanities! All is vanity. What does man gain by all the toil at which he toils under the sun?” Although virtue is its own reward and goodness is done for its own sake, we occasionally need some sign to provide us with reassurance and encouragement. While it is proverbial to say, “Do good by stealth and blush to find it fame,” seeing or hearing of the fruits of good works brings joy. Death Comes for the Archbishop illuminates this aspect of the moral life in the vocations of Jean Latour and Joseph Vaillant, two missionaries who often appear to sow and reap nothing, yet who sporadically see the fruits of their labor and, in the course of their lifetimes, behold a great harvest.

Willa Cather’s great American novel portrays two noble French Jesuits who leave their beloved homeland and rich culture to serve as missionaries to Mexicans and Indians in the primitive, stark American Southwest in the mid-19th century. When his bishop explains the dire conditions of the Catholic faith in that far-flung part of the world, the young Fr. Latour gladly accepts God’s call and generously responds to this urgent situation. Bishop Ferrand describes the status of the Church in the New World: “The old mission churches are in ruins. The few priests are without guidance or discipline. They are lax in religious observance, and some of them live in open concubinage. If this Augean stable is not cleansed…it will prejudice the interests of the Church in the whole of North America.” The current bishop in New Mexico, a native of the Southwest, is aging and does not exercise his episcopal authority. It is decided that a younger, European-educated priest should replace him, one from a religious order with a reputation for producing “the best missionaries” and “great organizers.” Fr. Latour, the new bishop appointed by Rome, faces a Herculean task: He “will have to deal with savagery and ignorance, with dissolute priests and political intrigue. He must be a man to whom order is necessary — as dear as life.”

Traveling about the vast territory to which they have been assigned, Bishop Latour and his beloved boyhood friend, Fr. Vaillant, encounter a multitude of problems that obstruct their missionary work. So much of their labor appears unproductive. So much of their time and energy are spent in traversing great distances in solitary travel on horseback. So often they find their lives at risk or at the mercy of ruthless, malicious men, or they receive hostile welcomes from the priests they visit. So often they wonder if all the effort they put into evangelizing the dispersed local population has any possibility of success or makes even the slightest difference. So often they feel like homesick exiles longing for the refinements of French culture, cuisine, and wine.

When the two priests undertake a long journey to a Mexican village, where they administer the Sacrament of Holy Matrimony to cohabiting couples and baptize their children, an old lady conjectures that the Church makes no difference in the lives of these primitive people: “I doubt if all this marrying will make them any better. Of what use is it to marry people after they have lived together and had children? And the man is thinking of another woman….”

Kristin Lavransdatter’s story shows that following our own desires brings pain but also that God remains with us and draws us into His love and service.