Volume > Issue > The Weight of Anchises 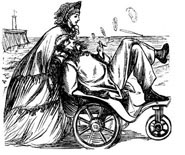 WHAT DOES PIETAS REQUIRE?

It is one of the most famous images in Western literature: The Trojan hero Aeneas, covered in blood and wielding his sword in one hand while leading his child with the other, bears his elderly father, Anchises, on his shoulders through the flames of fallen Troy. Exiled from his home, Aeneas sets out for Crete and then Italy, following Anchises’s direction to “yet restore this ruin’d town.” Anchises dies before Aeneas reaches the Latin shore, yet his memory hangs heavily over Aeneas’s task to establish a new Troy on the banks of the Tiber. In shouldering the literal and figurative weight of Anchises, he becomes “pius Aeneas,” the embodiment of pietas, that Roman virtue concerning the honor and duty owed toward one’s ancestors and nation.

I too bear my own Anchises. It comes in the form of a slim, hardbound, brown book that belies the size of its burden. Inside are photocopies of typewritten pages from 1961. The typewritten pages were themselves a transcription of a handwritten volume begun in 1899 and finished in 1922. It is a family genealogy of the Martin, DeBlanc, and Rousseau families of St. Martinville, Louisiana. Written by my third great-grandfather Simeon Valery Martin, it traces the Martin family back to the families that arrived from across the Atlantic Ocean in Port Royal in 1632 in what is now Nova Scotia. The DeBlanc family includes a colonial-period French explorer and trader, Louis Juchereau de St. Denis, who established trade with the Spanish in Mexico and brought Spanish Franciscan missionaries back to East Texas when he returned to Louisiana. The Rousseau family, according to the book, claims to have a sword once owned by Napoleon Bonaparte.

Simeon Valery Martin wrote the genealogy in a deep spirit of that old Roman pietas, so that his family might happily carry the load in future days. He loved his family, bestowed honor upon it, and wrote movingly of his home and his Catholic God. Speaking of his exiled Acadian ancestors banished from Nova Scotia, he writes that he will “hang upon their tombs crosses in tribute of affectionate souvenir to their memory, and wreaths of respect upon their graves, praying God at the same time to perpetuate in their descendants the spirit of faith and chivalrous honesty so propitious with the present Acadians.” Of his great-grandparents Claude and Marie Martin, numbered among the exiled, he states that they “were most honorable and among the most deserving of the New Colony” in Louisiana.