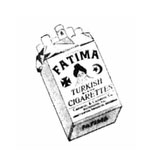 By James Anderson | July-August 2007
The Rev. James Anderson, M.S.A., retired in 1999 from the U.S. Naval Reserve Chaplain Corps. He writes from Santa Maria, California, where he currently volunteers as a state prison chaplain.

There is a widespread and accurate perception that our world has become a most dangerous place. Tsunamis, monster hurricanes, tornadoes, volcanoes, earthquakes, wildfires, epidemics, hunger, and poverty are common. Since September 11, 2001, regional skirmishes have morphed into constant global war. Perhaps the deadliest sign of these times is the abandonment of our most basic law by those sworn to uphold it. Federal judges deny our natural right to public prayer, the public expression of our faith in God, and our obligation to obey His eternal law, including respect for life and sexual morality. Consequently, the most dangerous places in America are mothers’ wombs, and our most vulnerable victims are children. What can we do? What should we already have done to remedy this?

Our Blessed Mother’s “secret” given at Fatima, Portugal, in three parts to the young shepherds, Lucia dos Santos and her cousins Francisco and Jacinta Marto, on July 13, 1917, is among the most significant prophecies of our times. It contains Heaven’s plan to bring us the Peace of Jesus Christ, and prophesies unimaginable chastisement if the Church disobeys Heaven’s plan. Catholics owe it attention because the Fatima apparitions have been approved by the Church. Others owe it attention because Mary’s appearances and prophesy were authenticated by a spectacular “solar phenomena” witnessed by 70,000 people on October 13, 1917. All witnesses were soaking wet after waiting all night in the rain for the promised miracle. About noon the sun whirled and danced, became blood red, and came rushing down on them. Minutes later it returned to its proper place in the heavens. All present had become thoroughly dry, but none was scorched or burned, proving the event to be both real, and supernatural (John DeMarchi, I.M.C., Fatima: The Full Story [A.M.I. Press, 1986], p. 141).

In 1941, after the deaths of her younger cousins, Lucia, then a Dorothean nun, was ordered by the Bishop of Leiria, Portugal, to write down the prophetic secrets. According to the account of Fatima archivist and noted scholar Fr. Joaquin Maria Alonso, C.M.F., she did so in eight paragraphs. The first six paragraphs contain parts one and two of the secret. The first part was a terrifying vision of Hell. Mary explained that that was “where the souls of poor sinners go. To save them, God wishes to establish in the world devotion to my Immaculate Heart.” The second part of the secret was: “If what I say to you is done, many souls will be saved and there will be peace. The war [World War I] is going to end; but if people do not cease offending God, a worse one will break out during the pontificate of Pius XI. When you see a night illuminated by an unknown light, know that this is the great sign given you by God that He is about to punish the world for its crimes, by means of war, famine, and persecution of the Church and of the Holy Father. To prevent this, I shall come to ask for the consecration of Russia to my Immaculate Heart, and the Communion of Reparation on the First Saturdays. If my requests are heeded, Russia will be converted, and there will be peace. If not, she will spread her errors throughout the world, causing wars and persecutions of the Church. The good will be martyred, the Holy Father will have much to suffer, various nations will be annihilated. In the end, my Immaculate Heart will triumph. The Holy Father will consecrate Russia to me, and she will be converted, and a period of peace will be granted to the world” (Joaquin Maria Alonso, The Secret of Fatima: Fact and Legend [Ravengate Press, 1979], pp. 21-22).

An Epic in Search of an Ending

Ed. Note: In our November 2011 issue we published an article by Howard P. Kainz…

Major apparitions of the Blessed Mother have occurred at those times when people most needed to hear her Gospel message.