Volume > Issue > The Tale of a Dead Seminary 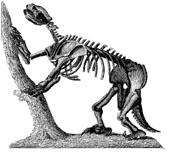 The Tale of a Dead Seminary

HITCHHIKING WITH THE ZEITGEIST

We began our seminary in 1961 as a two-year college with an enrollment of nearly 400 students, became a four-year college in 1968 affiliated with a Catholic university, and closed our campus in 1994 with a student body of 76, who were moved to the affiliated university campus, where the seminary will continue, but only as an extension of an existing mistake.

The faculty in those early years comprised good Catholic men, some prominent in the public eye; certainly none was a fool. Most of us believed ourselves flooded with the full daylight of modern enlightenment and freedom. Our faculty meetings were intellectually stimulating. More capable disputants would be hard to find. We met, talked, and disagreed, sometimes sharply. But the point on which we disagreed was not a hundredth part as extraordinary as the part on which we agreed, namely, change was necessary.

It must be explained that no one in authority told us how to start a college seminary. We started without precedents; we set our own precedents. True, we modeled the college after our Major Seminary, with its strict schedule. But during that first year it dawned on us that there didn’t exist any given norm for a seminary college to adhere to. If this were true, why couldn’t we begin to change things, gradually of course? When we began to relax the schedule, we were cautious enough to agree that we would review the success or failure of these changes after two years; to my knowledge we never did so. There was something challenging about groping in the dark, but we were really in the dark not only about the will of God or the will of the bishop, but about our own will. We were ready to move ahead, except we really did not know where to go next. We fancied ourselves a vanguard, advancing every time we eliminated a rule as outdated. By 1968 there were few rules left to eliminate. Thereafter, we referred to past rules as ‘expectations,” which the students immediately interpreted as unrealized ideals.

In the beginning we threw ourselves with all possible eagerness into the task of creating an ideal college seminary, and there was a moment when our hopes for communicating a Christian humanism and a Liberal Arts tradition had the road straight before it.

We need an overall increase in knowledge of the Catholic religion among all age groups in each diocese, in particular as concerns the sacraments.